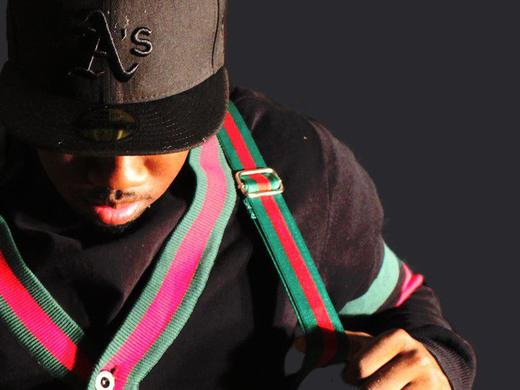 Every kid wants to be a star! Ron Johnson II is no exception to this “American Dream”. Growing up in the small city of Reno, NV, it seemed that Ron’s dream might not ever come true. But thankfully Ron was blessed to have some musical roots in his family background. Ron’s cousins Kenny Wayne and Pooh Man provided that light at the end of his musical tunnel. They proved to be not only examples in the music industry but also helped Ron to see that if he worked hard his dreams of becoming a Hip-Hop artist would surely come true. With his multi-track mixer and microphone Ron set up a studio in the living room closet at his parents’ home. In true musician fashion Ron started out as a part of a group with a few of his friends, where they all wrote, recorded and produced their own music. Eventually they all went their separate ways and Ron embarked on a solo rap career. Penning the name “Young Duse”, derived from the fact that he’s named after his dad, as his stage name he set out to make his mark in the music industry as we now know it.
Being a young, single father, Young Duse spends his free time with his children and family, from whom he gleans his inspiration. Understanding the responsibility of fatherhood, Young Duse has set out to use his music career as a way to provide for his family and show his children the importance of hard work, just like his father showed him.
While currently working on his first LP project, Young Duse’s first single, “We Winning”, produced by Damon Elliot and J Dub Walker, is receiving local fame and radio play on Reno’s own SWAG 97.3. In addition to getting his music played on local radio stations, Young Duse, has been performing throughout Nevada and California, opening for mainstream artists such as, Bone Thugs N’ Harmony, E-40, Wiz Khalifa, New Boyz and Common. He has also collaborated with Def Jam artist YG and Yukmouth on tracks for their albums. Young Duse will be showcasing his music in the upcoming Indie Music Festival in Las Vegas, NV. at the end of April. As an Indie artist, Young Duse has already managed to obtain endorsements from two major companies, Black Dot Vodka and Item 9 clothing, with hopes to gain more.
Humility, motivation and drive are the qualities that set Young Duse apart from all the other artists of today. These qualities combined with his remarkable talent, Young Duse hopes that they will not only help him land a major recording deal but enable his name, music, and accomplishments to be known worldwide. For more info, contact rysingstarrpr@gmail.com