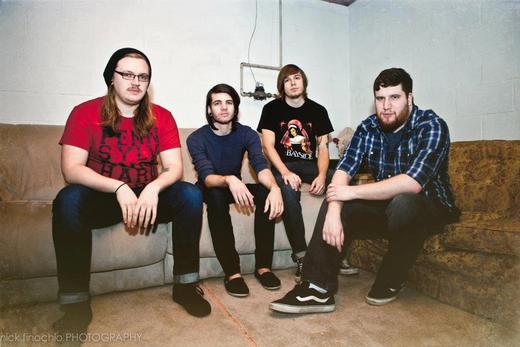 About On The Run

In the heart of December, 2008, a group of young men assembled in hopes of achieving a common goal: to break into the Pennsylvania music scene. They quickly began writing songs and playing local shows, quickly becoming a hit with the State College crowd. After just months of hard work, On The Run trekked to Steubenville, Ohio and recorded their debut EP, entitled "Keep Me Here," with producer Steve Soboslai (of famed Pittsburgh band Punchline). With a fresh EP in hand, the boys of On The Run hit the road in the summer of 2009, playing far and wide in Pennsylvania and New Jersey, bringing with them their trademark energy. During the fall of '09, On The Run began writing and demoing new songs for a future release, and prepping for a long summer of shows in 2010. On The Run has shared the stage with the likes of Bayside, The Ataris, Sing It Loud, Punchline, This Providence, Sparks the Rescue, and the Forecast, as well as acting as a supporting band for JT Woodruff of Hawthorne Heights, and Mark Rose of Spitalfield. On The Run has built a strong reputation for their devotion to fans, and their unwavering work ethic and devotion to both the songwriting craft and the showmanship of true performers. The future looks very bright indeed for this group of energetic, charismatic men.