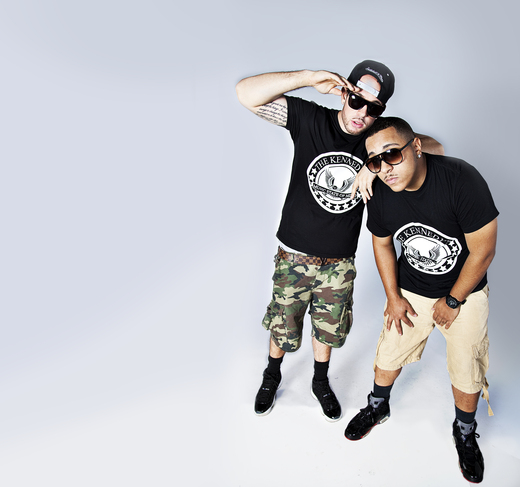 When you think of the future of hip hop, the hip hop duo The Kennedy's is sure to come to mind. Though Tucson, AZ birthed The Kennedy's, the group consist of members J.A.Millionz who is a native of Washington and Mat-trix who was born in the windy city Chicago. Both musicians met in Tucson, AZ while attending Sahuaro High School in 2002. Millionz and Mat-Trix didn't instantaneously click however, having seen each other around campus and almost fighting on several occasions, the two somehow managed to find a common love in music, became close friends and put aside their differences and form their introduction into hip hop, a group by the name of "The Movement".

Early on it was easy to see that "The Movement" were influenced by Hip Hop greats such as Fabolous, Lil Wayne and Jay Z. Using their inspiration from these artists and their ability to combine lyrical stylings from each region in which they've lived, "The Movement" was able to rock the stage as openers for Bone Thugs N Harmony, west coast legend WC, Jay Z and out of 150 contestants placed very highly at Amaré Stoudemire's Hypocalypto Records competition. During this busy time, "The Movement" released their highly anticipated 20 track mix tape entitled Birth Of A New Breed Vol.1. The duo acquired a large fan base during this time. One fan in particular was Phoenix emcee and Black Wall Street artist Juice McCain. They first approached Juice to be featured on the follow-up to their Birth Of A New Breed project. Little did they know that the ambitious rapper would be so impressed by their talents that he would take them under his wing as a mentor and help develop them. Soon after "The Movement" joined TEA - The Evans Administration under the name "The Kennedy's" a prestigious name that was a much better fit to describe their eminence, persona and their charismatic ability to control a crowd.

From their initial debut on to the music scene The Kennedy's have not lost momentum. They continue to move forward at a fast pace and have no plans on slowing down. The duo continues to work harder to get a step closer to their dreams of a major label debut and working alongside the artists that have influenced them musically. Their hard work, dedication and lyrical delivery will prove to you why they are more than deserving of "The Kennedy's" title.