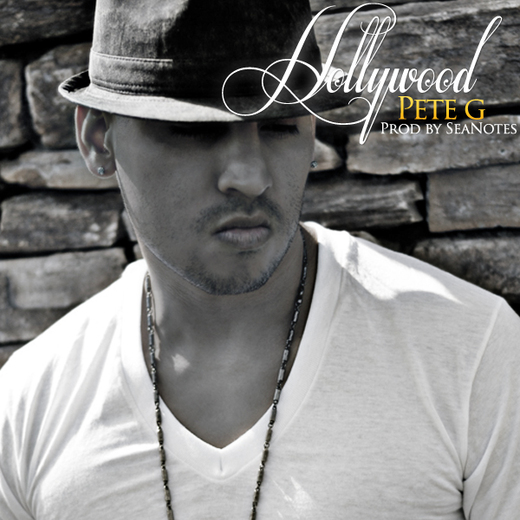 Pete G found his passion early, writing and making music at the age of seven. "My pops was in a band, it was in my blood. I was natural in sports, but with music I can influence and create." he said. "By high school, I was already performing at concerts, recording music and producing beats. I had solo mixtapes and I was in a couple rap groups." After high school, Garcia enrolled in LARS where he would later graduated at the top of his class, having developed his engineering and mixing skills. Pete G is the Ambassador of the Los Angeles Recording School & Film School's program now. Earning a number of credits as a Artist, musician, producer and engineer, working with stars from Lil' Wayne, Wiz Khalifa, E40, Ya Boy and the list goes on. Recently on the front page of Beverly Hills Times Magazine on his success and featured in a nationwide commercial now airing on tv and in addition, His Latest Mixtape "Above All" dropped May 20th, 2011. The downloadable mixtape, which debuts exclusively on www.TheRealPeteG.com & Djbooth.net & other websites that is free to the public, features 22 hard-hitting tracks including guest appearances from Ca$his, Edi from The Outlawz, Roscoe Dash, among others. With over 100,000 downloads & hard copies were reached and now reaching almost 500,000 views on his youtube channel and over 500,000 plays on his myspace pages alone. Pete G just recently dropped his first single April 10th, 2012 on iTunes called "Hollywood" & is currently in the studio working on his new debut album titled "Energy" and other projects as well.
www.TheRealPeteG.com
www.Youtube.com/TheRealPeteG
www.Twitter.com/TheRealPeteG
www.FaceBook.com/TheRealPeteG
www.Myspace.com/OneNation1