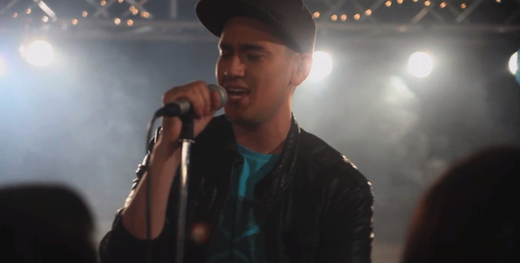 Raymundo was born and raised in South El Monte, CA to two hard working Mexican parents who nurtured his talent at a very early age. He first started singing and performing music professionally at the age of 9 . After 6 years with “Mariachi Juvenil Voz de America”, he was promoted to the senior group “Mariachi Voz de America”. They shared the stage with Blink 182 during a tribute to the band, which was very well received by the band and garnered them a spot on MTV news. Raymundo has now shifted his focus to his solo music career by releasing his first EP, "En Mi Cuarto (In My Room)" in 2010, featuring musical arrangements and production by “Angry” Mike Eleopoulos (Fergie, Justin Timberlake, Luis Miguel) (www.angrymike.com), Richard Mata , Raymundo's musical director in Mariachi Voz de America for 10 years, and upcoming fresh and talented producer, David Soto III who he wrote his next album "Soñar. Creer. Realizar." with. Raymundo's music and voice has been compared to successful artist like Reik, Frankie J, and Jason Mraz. Raymundo has performed the national anthem several times for Chivas USA at the Home Depot Center. He was crowned "La Estrella Del Reventon 2010" on Primera Edicion (Univision Los Angeles) by his fans, where he opened for Enrique Iglesias, Nelly Furtado, Alejandra Guzman and more at the the world famous Staples Center.