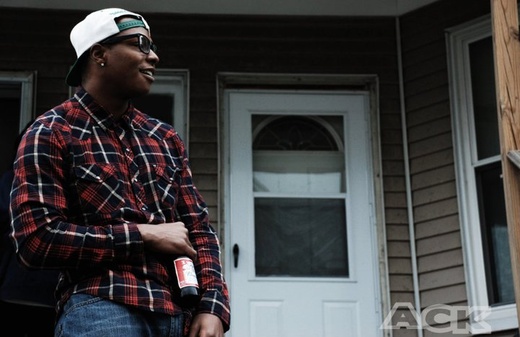 Re-Surch born and raised in Boston, Massachusetts released his debut Album “Alcoholic College Kidz” in 2007, which is an anthem to his fellow college-student to encourage a party atmosphere with free-flowing alcohol, but to also encourage his fellow students to focus on completing their education. Re-Surch’s mantra in life is “Focus on the journey, not the destination.” As a testament to his philosophy, Re-Surch has not only completed his education, he uses it to make sound business decisions everyday for his career by taking on projects which will gain him not only experience but continued forward motion to produce quality and meaningful music for his fans

In 2009 Re-Surch interned with Howard Stern on Sirius Satellite Radio in NY where he was interviewed, on two separate occasions, on-air by Howard Stern because of music and to talk about when he was stabbed 3 times over a bag of weed. He was also a featured weekly guest of the “Intern Show” on Sirius XM. As his reputation grew with the Show, Re-Surch was recognized for his ability to take a subject matter and compose music literally over night. Not only was he commissioned to create several parody-songs for multiple shows controlled by Howard Stern, it earned him the amazing opportunity to open for Artie Lange in front of 5,000 fans at the Hard Rock Vegas, where he performed his original composition for Artie Lange (What’s the Name). The song is now licensed to Mr. Lange, for his newest Comedy DVD release “Jack & Coke” which is available on iTunes

Since that time Re-Surch has performed and opened to sold-out shows - festivals and concerts across the country for show-stoppers like Wiz Khalifa and Ryan Leslie to a crowd of 30,000, Raekwon of the Wu-Tang Clan - The Ying Yang Twins – JUST BLAZE - Alchemist - Das EFX – AZ – ILL BILL - AKROBATIC - MAC MILLER to a crowd of 40,000 - Slaine and more

TODAY: In Post-Production; Re-Surch has been chosen as a finalist out of Boston MASS for a New Reality-Series “Next 9 Generals in WU-Tang”; details of which are still under-wraps. Last but certainly not least, Re-Surch's newest mixtape "Alcoholic College Kidz The Collective Vol. 1" Produced by One3 Music, and Jimmy Kang of “STR8UPENT” and Vice President of Wu-Tang Management is available for free download at: kevinnottingham.com/2010/09/16/exclusive-re-surch-alcoholic-college-kidz-the-collective-vol-1/#more-43076
Recently Re-Surch was apart of the second season of RED BULL EMSEE: BOSTON an invitation-only battle series designed to find the best freestyle rappers in the country and give them a national platform to show their skills and earn acclaim. Only the top 8 are chosen in each city. Hosted by BUN B and judged by RAKIM, PHAROAHE MONCH, and JEAN GRAE, you can view Re-Surch on the Boston episode during the spring of 2012 on MTV2 or G4TV.