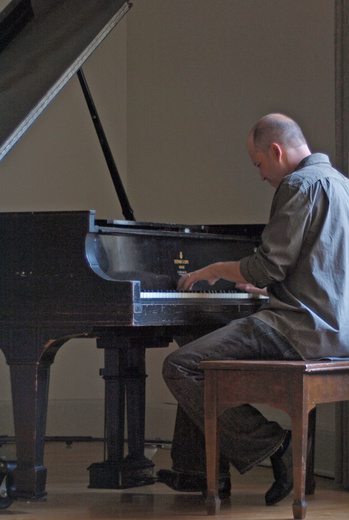 Jazz pianist Rick Gallagher has been a part of the Pittsburgh music scene since the late 1980's. Over the years Rick has done solo and group work in a wide range of contemporary styles but has found a voice as a player and composer in classic jazz. He has worked with many of the area's top performers and bands as well as solo piano work at diverse venues such as the historic Grand Concourse; the Gandy Dancer Saloon piano bar; and the PPG Holiday Series. Regularly Rick can be seen with small groups at Palomino and Pines Tavern, the Orchard Hill Church worship team, and the Boilermaker Jazz Band, as well as his long-standing spotlight as the pianist with the US Steel Tower and One Oxford Center downtown. Gallagher is noteworthy for his classic jazz style, creative arrangements, and his memorable originals

Rick has six recordings as a feature artist and has played on a number of other CD’s as a sideman. His recordings have been played on hundreds of radio stations across the United States, and Canada including nationally syndicated jazz shows like “Jazz After Hours.” They all include Rick’s rich harmonic concepts, lyrical melodic ideas, creative arrangements and soulful organic sound