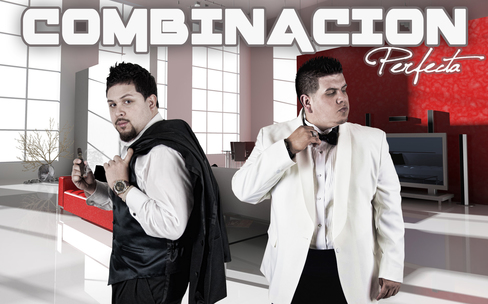 Hancel & Rigo also known as “Combinacion Perfecta” (perfect combination”) is a Latin urban duo from Philadelphia, PA. The duo is comprised of singer/songwriter/producer Hancel (born Sadiel Castro) and singer/songwriter Rigo (born Rodrigo Valladares). Each of the two artists had planned to become solo artists prior to making the decision to fuse forces and transform into “Combinacion Perfecta”. The synergistic duo Hancel and Rigo have had the pleasure of writing, producing, and mixing their own music, integrating their individual talents. Due to their diligence and skillfulness, they have gained the respect from their peers, and they have managed to secure a ‘niche market following’ from many other ‘on –line’ communities. “MTV”, one of the world’s largest music platforms, has collaborated with “Ourstage”, an online forum featuring many artists from across the country. The brilliant compositor has allowed a viral showcasing of many talented artists including “Combinacion Perfecta”. Hancel and Rigo received the honors of accepting the #1 spot for their hit song “MI Corazon” on this MTV collaboration.  The song”MI Corazon” has held the #1 position on “MTV TR3’s Latin Headliner for the entire month of December 2012 and "top 40" for the month of February 2012. Hancel and Rigo have had the opportunity of working with respected artists in the Latin urban industry, some of which include, “Baby Ranks”, “Jowell y Randy”, Tito “El Bambino”,” Ivy Queen”,” Cosculluela”, in naming a few.  Today Hancel and Rigo have been diligently working to complete their first project together; “Combinacion Perfecta” has yet to entitle their much anticipated debut album. For more info on the duo visit their Facebook(https://www.facebook.com/CombinacionPerfectaMusic) or twitter (https://twitter.com/#!/HanceLyRigo) pages