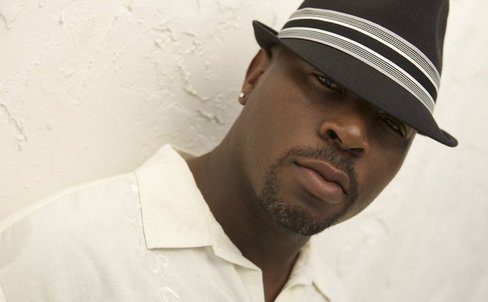 Robert T. Batie was born in St. Augustine, Florida, He begin playing the saxophone at the tender age of nine years old. His choice of instrument was due to the intrigue of the many keys the saxophone has. As a child he and his family moved around because his father was serving in the military. The family lived in Guam, NY, GA, MD, VA and Europe. While his home address changed frequently, the one constant in his life was music and sports. By the time he graduated from high school in Manassas VA, the young musician could play all four saxophones, as well as keyboards and drums. His love and fascination with the sax was matched only by his love for football.

He completed a tour of duty in the USAF and upon discharge attended the University of Maryland. As a walk-on athlete he became a running back for the Maryland Terrapins Football team. After college, he tried out for the NFL with the Atlanta Falcons as a free agent. The NFL didn’t work out for Batie so he returned to music as a professional and immersed himself in the thriving Atlanta music scene. While there, Batie began performing at Jazz Festivals, Churchill Downs, and other Jazz hot spots around the city and the east coast. Batie has performed at the world-famous “Apollo Theatre” in Harlem, New York receiving the nod from the tough NYC Apollo crowd. He has performed as the headliner or opening act for various artists in Washington DC, Tampa, Miami, Los Angeles, and other cities across the US, Canada and Europe

After a successful tour performing, Batie went into the studio to record his debut CD entitled “Tunnel Vision.” Receiving critical acclaim in cities like Montreal, Philadelphia, and Atlanta to name a few, Batie went back on the road to promote the new CD. Upon his return to Atlanta, he felt he the need for change so he relocated to the beautiful sands and surroundings of Miami Beach where he is expanding fan base

Miami, with its sun, sand and fun inspired Batie to go back into the studio to record his second CD entitled “Jazz Hustler,” which was released in November, 2004 on Jazzman Land Music (his own label). Batie writes and arranges all his own music drawing on his vast and diverse experiences. When asked to describe his ideal demographic fan base, Batie states that his fans are a lot like himself, professionals and everyday people of all ages who have an insatiable thirst for creative, quality music that includes urban, fusion, reggae, Latin and progressive jazz

Batie strives to deliver music that is relevant, personal and entertaining to his growing fan base. As an artist Batie is growing in a variety of ways. In early 2005 the opportunity to act presented itself, and he seized the opportunity with enthusiasm, appearing in Miami Vice, the motion picture starring Jamie Foxx, This movie offered Batie his first acting role where he played a Bouncer at a Miami nightclub. Since then, several more acting opportunities have come along on both the big and small screens such as an episode on CSI Miami and several small independent films.

Making music is and always will be his first love. In his current locations Batie performs in local Miami night clubs and lounges as well as family oriented events such as weddings and private parties.