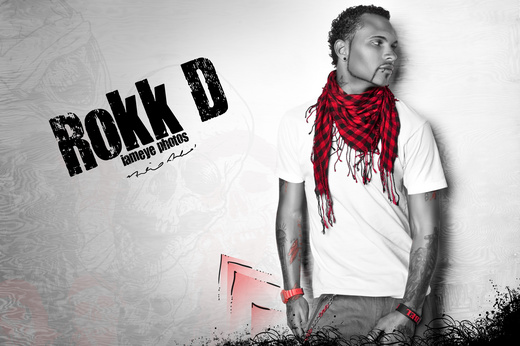 If you could be apart of history and make your mark in life how would you choose to do it… and would your mark be in sand or would it be in stone? The only sure way to make history is to change it, and change what the world is used to. 2008 is officially in the books … allowing 2009 the time for the rooks to shine. If you’re affiliated with the music industry you know the one thing you have in this game is you… there is no other you like yourself so you have to offer the best rendition of it. Now if you can name anything by man in this world great that didn’t require the help of others and yet still stood for greatness, damn near perfection then you can stop reading now. If you’re still reading then consider yourself above the influence. This isn’t about a hoodstar shopping for free beats or just another guy that wants to be down. Its about one mans fight and dream to become an existence and not a hallucination, to be what you remember and not what you forget. If you’ve taken the time to look at the illustration you know you are looking at a piece of history even as fiction the storyline behind ROCKY changed peoples lives. The story of an underdog that didn’t have nearly what everyone else had and just wanted to make it, not win but make it and made everyone believe “it aint over yet” and that if you have HEART you can withstand anything. It doesn’t matter how many people say “no” because the ones that believe always say yes. Now with that said consider this your official introduction into the factual ROCKY … also known as ROKK D. Writin and spittin since 2002 Rocky A. Danners is ready to let the world know “it aint over yet.” An 80’s baby, army brat, high school graduate, fitted with a bachelors from the UNIVERSITY OF TENNESSE doesn’t even begin to sum up ROKK D. He’s been there and done that with the normal hustle and flow for a young brotha trying to get put on in the rap game… open mics, myspacing your latest music, passing out and selling your demos or mix tapes waiting for that one person to say the word. The game is definitely used to the carbon copy rapper asking to be down and willing to compromise themselves for what everyone else is doing. ROKK D is offering the game something it hasn’t seen before though… a man with a keen vision and blazing quintessence like no other. Recording every track like it’s his last. ROKK D is ready to show the world this is more then a game this is his life, music is his beginning and his end