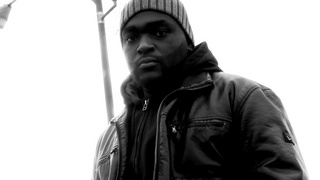 Playing sold out shows using his charismatic stage presence, Chicago's own RoyAL is rapidly ascending and has staked a claim as one of the city’s hottest young MC’s. RoyAL has immediately built up his reputation by bringing a fresh and honest perspective while incorporating clever and thought-provoking lyrics with an effortless flow that is appealing to all kinds of fans.

Rapping since fifth grade, and taking the game seriously at the beginning of college, RoyAL recently graduated to playing sold out shows by opening for the likes of Keith Murray and Big Sean and also opening for Chicago legends Twista, Shawnna, Malik Yusef, Really Doe and GLC.

RoyAL has captivated audiences across Chicago in venues including Wildhare, Tonic Room, and the Logan Square Auditorium while also rocking legendary venues like Subterranean and the Abbey Pub.

Showing the versatility of his live shows, RoyAL played a spirited show at the LaSalle Power Company with 11th hour, his first show featuring a live band. RoyAL has also performed with backing DJ’s and even flowed a capella, all without missing a beat.

While unsigned, RoyAL has been apart of the G.O.O.D Music: Flight School Showcase and made his music video debut while being featured in DJ Castle’s “Ride.”

The video was a big success, garnering acclaim from the Chicago International Hip Hop Film Festival while helping to put both artists firmly on the map.