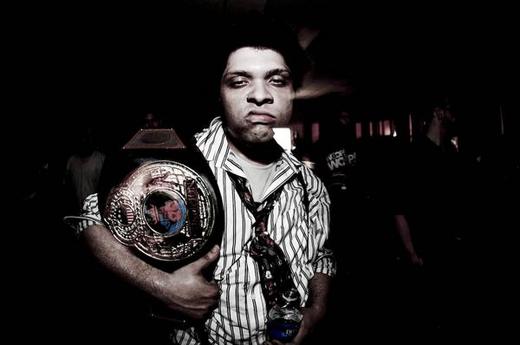 Artist Information Biography Rugged N Raw has solidified himself as one of the best artists around. He separates himself with his ability to perform in all environments and venues, even if he is the only hip-hop feature, using universally relatable lyrics and an unmatched stage presence. RNR has garnered press from Entertainment Weekly and performed at the 2009 Rocksteady main stage event. In 2010, he embarked in a three week UK tour and in the U.S. toured in Denver, Ft. Collins, Greeley & Syracuse. He was a finalist at the 2008 Discmakers/Billboard Independent Music World Series, finalist for the America's Next Urban Superstar award at the 2009 Urban Music Awards & featured at the 2008 Baltimore Music Conference. The hit single "I'm Broke And Proud" was aired on FUSE Network, Video Music Box (Hosted by Ralph McDaniels) and received press in the Philadelphia Inquirer, Washington Post and New York Magazine. He was also featured on Cipha Sounds' Morning show on Eminem's Shade 45 channel on Sirius. The album "Truth Serum" was rated as a top 10 indie release of 2008 on quite a few sites, including KevinNottingham.com & RapReviews.com and went on a successful 14 city tour in the fall. Rugged N Raw has shared the stage with the likes of Rakim, Joe Budden, Black Thought, Pharoahe Monch, Immortal Technique, Sean Price, Canibus, DJ Premier, Brand Nubian & The Cinematic Orchestra. RNR teamed up with Hasan Salaam for a new project entitled "Mohammad Dangerfield" released in February 2011 on Viper Records. They performed 5 shows at South By Southwest and Boston U. in March 2011 then went to California as special guests on Immortal Technique's set at Paid Dues and went to Oakland as well in April 2011. Rugged N Raw's music is lively, honest and tells everyday stories, whether humorous or serious. No two songs are alike. He is a true versatile wordsmith with the perfect instrumentals to accent the lyrics. RNR tells the tale of both the superhero and the unassuming alter ego.