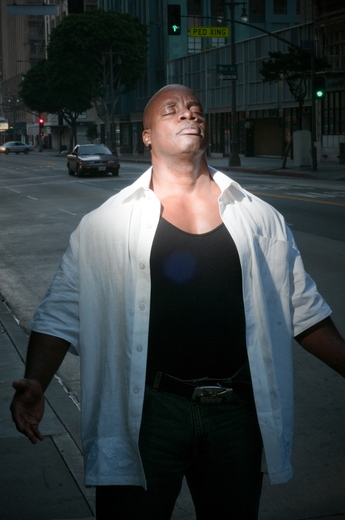 BIOGRAPHY OF RUSSEL BLAKE
Mr. Russel Blake has been a Music Producer/Concert Soloist/Educator for over 3 decades. He was instructed by his Father Latin Great Alexander Blake and his Brother World Renowned Jazz Bassist Alex Blake II. All of Russel’s theory, compositional, and musical arrangement skills are self-taught. To date, he has performed/toured/lectured in 65 countries on five continents.

As an educator, Mr. Blake has taught as an Adjunct Professor of Electrical Bass Studies at five universities across the country. He is the creator of “The Universal Language Music History & Cultural Program” of which Mr. Blake has taught to a variety of audiences from elementary through high school, colleges and universities, Senior Centers, Prisons, Hospitals, Military Installations, and Art Galleries about the history of Music.

He has been contracted by the U.S. State Department to perform as An Ambassador of Goodwill to Eight West African Nations as a member of the Pharoah Sanders Jazz Quartet. He has also been contracted to teach and perform by the U.S. Defense Department’s “Defense Advanced Research Agency.” He is also the recipient of the Kellogg Foundation’s prestigious Artist in Residency Award.

As a concert soloist, Mr. Blake continues to perform all over the world. He has developed a unique ability on the Four String Electric Bass which he calls the “Melodius-Chordal Technique.” He currently has over 432 pieces within his repertoire encompassing Classical, Spanish Classical, Traditional Jazz, Brazilian, Opera, Latin, and Gospel Jazz.

As a music producer, Mr. Blake has multitude of projects. His latest project “Fierce Solitude” is a powerful and soulful jazz project that gives the listener the ability to experience all facets of Mr. Blake’s musical skills. Other projects include "Quiet Strength," “Silent Power”, “Ten Fingers & Four Strings Solo Series” and the gospel project “Symposium of Praise.” These are the vehicles Mr. Blake has chosen to expose his virtuoso abilities. All of the projects contain a mixture of strong traditional jazz, gospel, and classical compositions. There are currently four CD’s released under this series.