Sandra Kaye was raised in the Baptist Church and there she was blessed with her Gospel music roots! She knew at a very early age that music was going to be a big part of her life! Her roots include Southern Rock, Dance, Pop and some Country mixed with Blues. This makes for great music but sometimes creates a challenge choosing a catagory for her writing.

She appeared on TNN's, "You Can Be A Star" and numerous radio interveiws across the Southern states, recieved Nationwide Airplay and International Internet Downloads for her original music, "Hard Drinkin' Good Timin' Woman" and "Grandma's Song".

2009 brought about many changes as well as Sandra's single, "ICW Cowboy". Thanks to her brothers, Lucky Kelson, Dennis Gossman and Doug Stiers. The video suffered delays and reconstruction after the passing and loss of talented drummer, Doug Stiers. The BP Oil Spill Clean Up delayed necessary footage.

She participated as a Singer/Songwriter in the Frank Brown International Songwriters Festivals 2010, 2011 and 2012.

April 2010, Sandra Kaye teamed up with the house band, "Midnight Confessions" at Nolan's Restaurant and Lounge in Gulf Shores, AL. and enjoyed her extended stay until March 5th, 2016.

Currently she is working on her new album and assembling Members of "The LEGEND Band" to play selected Festivals and Special Events.

Purchase her CD "Can't Let That Bother Me" or her single download, "ICW Cowboy", online at CDBaby.com

The "ICW Cowboy" video is now available on OurStage.com and You Tube. 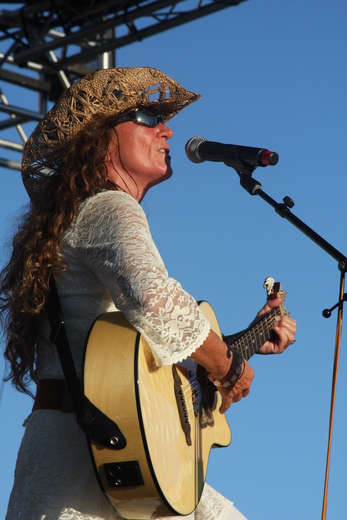