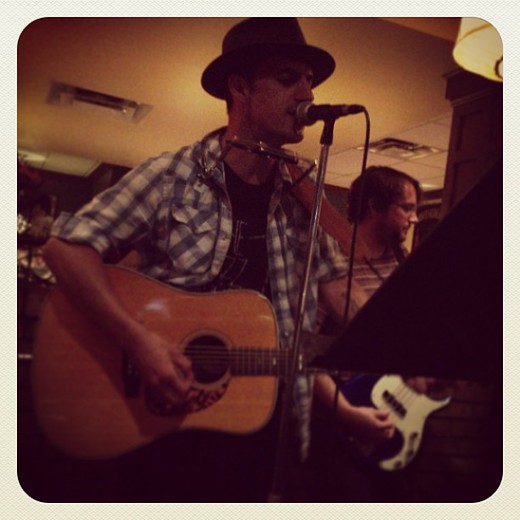 For the past 3 years Steve Benoit has worked in New York, Chicago, and on the National Tour of "Million Dollar Quartet'. During this time he wrote and recorded his new cd 'Life is Music' in hotel rooms and jam rooms across the country.
Steve grew up in Northern Ontario, Canada schooled by Canadian songwriters like Neil Young and Gordon Lightfoot he heard on the radio. He started playing in a band in highschool and never looked back. After finishing college in 1994 he moved to Northern California where his journey as a singer/songwriter began. He spent 4 years there playing around with his band The Box Elders before he packed up and moved to Nashville, Tn.
Since 2001, Steve has released 4 recordings including: Where I Belong (2001) Sketches of a Small Town (2003) Whatever Happened to the Drive ins? (2007) and the most recent Life is Music (2013). He stumbled into the musical world touring the country in 2007-08 with the National tour of 'Ring of Fire' the music of Johnny Cash. In 2010 he began understudying the roles of Elvis and Johnny Cash on Broadway in "Million Dollar Quartet'. He continues to write and record at his home in Nashville.