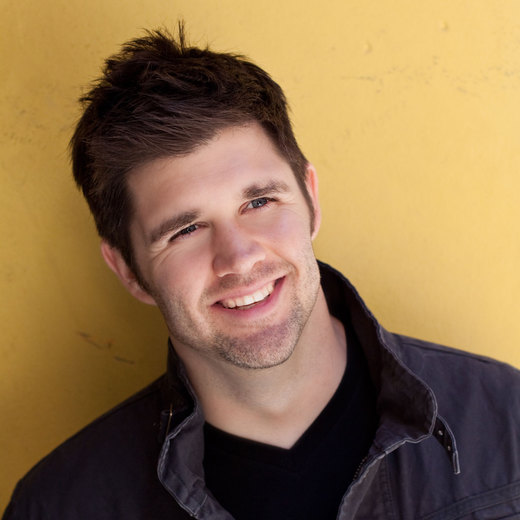 He started out playing youth groups with his high school band... "Straight up rock... That's what we were." Remembers Scott.  "We had a lot of fun with a lot of volume... We went from youth groups to bars to clubs to showcases to festivals... etc. The Robert Barnes Band was a good time, but it wasn't really 'about anything'."
The search for deeper meaning eventually lead to a band break up, but Scott continued on... His solo effort, "Come Back", became popular with a wide variety of fans, but never gained any real traction.

In the midst of becoming a dad twice over, Scott decided to pack up his performance hat, and go another route.

"I felt like, and I still believe, that God was calling me. When I got the call to move to California, we were beside ourselves..."

Scott became a worship pastor at a church in northern California, and after a few years moved to Alabama, and then to Texas.

"I look at these past several years as much more than leading music. My family and I were able to be used across the country and back again... I learned more about who I am and who God says I am, and I know that it was all planned out for us."

This past September, Scott and Alison had their third child, and when it came time to make some tough life decisions again.

He packed up his family once more, moved from Houston to San Antonio, and is now settling in as the new Worship Pastor for Crosspoint Fellowship Church in Schertz, TX.

"Worship music is my passion, and I'll actually be recording a worship project starting this summer. I'm very excited about that." Says Scott...

"This single ('My Home') that's coming out in June, though; is something altogether different. It's a big 'thank you' to the people who sacrifice for us in this country. It's something people like me (and most of us) take for granted too often. It was something that needed saying!"

Scott jumped at the opportunity to record "My Home" at a live event called "Operation Inspiration" in Atlanta this past May. This is a show that nationally broadcasted on NBC in late June. Hosted by NBC's Al Roker, and racing legend Richard Petty, Scott and the band were able to give back a little by "entertaining the troops".

The single was released on iTunes on June 22nd.

Scott's Worship CD will be released at a nearby date TBD. Stay tuned for more!!