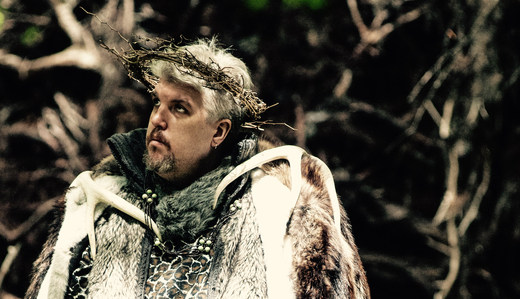 JACK RICHADSON FAN FAVOURITE ORIGINAL NOMINEE (2009), AS WELL AS LONDON MUSIC AWARD (BEST ROCK) NOMINEE (2009)
Sean McCready grew up in London, Ontario in a musical household. He would get a listening taste of the beatles when his aunt would babysit. He would dance to Donna Summers Classics, as he was born in the disco era. He Learned to sing through listening to the radio and singing in choirs. His first album he ever got was George harrison’s Cloud Nine, a Christmas gift from his parent’s (A cassette tape). Sean learned guitar basically on his own (along with the other instruments he tries to play) after a failed attempt at The Ontario Conservatory of Music. His brother, who was 4 years his senior would introduce him to the new amazing sound of bands such as: jimi Hendrix, SRV, Pink Floyd, and a lttle bit of Pearl Jam. At first when Sean began writing it was his brother who would write the guitar, then Sean would take out a poem or some recent lyrics and together they would collaborate on some fresh tunes. These weren’t your typical teenage light pop songs you’d expect from a 14 year old. They spoke of a deeper truth beyond their years. As high school began Sean would then get into the music of the early 90’s like: Nirvana, The Smashing Pumpkins, and Green Day. This would reflect in some of his darker more reflective songs: Tears Falling, Man Inside of me, and Lonelier Then It Seems. Sean began feeling alienated at school as he didn’t want to play into the popularity game that plagued so many high schools. He wanted to be himself, nothing less or more. Many of his peers didn’t know how to take Sean, as he was too real for many of them. Then when the students of STA moved into a newly revamped school, Sean began making friends…slowly. As his sister began Grade 9 that year at the same school, the two would become the foundation for their first band, Karma. Karma would go on to perform at local places: The Embassy Hotel, The Convetion Centre, as well as the landmark The Opera House in Toronto. They opened for the bands: Furnace Face, Wendy lands, Salmon Blaster and the local act Slipnaught (AKA Fellow Nameless) In 1994 Karma would make it to the Semi-Finals of the Western Fair Youth Talent Search, as well they’d win a Battle of the Bands put on by R.O.R. Concerts. From the winnings they would record two songs which one was put on a Compilation CD Rising Indies. The other is now found on the Film One Day at A Time ( an educational video-Man Inside of Me was the song featured). Just as things got cookin’, the band would split. Sean’s sister Melissa would move to Vancouver and begin a solo career. This began a time of self discovery for Sean tried his hand at a few unsuccessful acts in various genres. In 2003 Sean got his first crack at a “Solo CD” called Transcending Sound-Take Time. It was featured at Museum London at the Patterson Ewen Memorial Art Exhibit.. His poems and songs were also featured in the multi media collection entitled Journey to the Exterior. In 2004 he would record his first full length studio album Colour Blind at Dansanman Studios with Dan Santerella and Brent Jones at the helm co-producing. The LP is available on Cdbaby and itunes (among various other online stores.) This all brings us to the point Mr. McCready is at now. About to release his sophomore effort The Eclectic Collection on his own label Saving Grace Records. “The Last album I did was about grey areas. This is about everything coming in all at once. It’s a sensory smorgasbord. The songs are really big sounding with Matt Weston producing (former drummer of Icewater). He’s got that Phill Spector “wall of sound” thing going on. Hopefully this will keep the ball rolling and I’ve grown as an artist. If you think Folky Modern Melodic Acoustic Rock sounds like your thing, Give it a whirl. God Bless us Everyone. Sean McCready WHAT OTHERS ARE SAYING Cherry Whine-I love the soft eastern influences in this tune much like one would find in a darker Zeppelin track. The various guitars on this track are just stellar and you can feel the power of Sean's songwriting abilities brought to life in "Cherry Whine." Rockon Sean-Sandman's Songbird's IAC Staion. Cherry Whine-A fabulous addition to IAC and my station-Huminuh's Best Finds. Shaman's Prayer-great modulating song. nothing boring here!-The Unique at IAC. Crooked Smile-SEAN HAS FOUND A VERY COOL JOURNEY INTO THE SOUNDS AND IS RIGHT WHERE THE SOUNDS ARE FOUND AND CREATED !!! VERY NICE JOURNEY !-Sounds from Afar Station on IAC. Shaman's Prayer-there has always been something magical about canadian music and to date, nobody has ever proved me wrong (so what if i'm canadian?) sean mccready offers a very unique lead vocal that demands attention. sean's partner in crime, matt weston, proves to be a brilliant musical multi-tasker too- the indie rock statio Peace Everyone Sean McCready