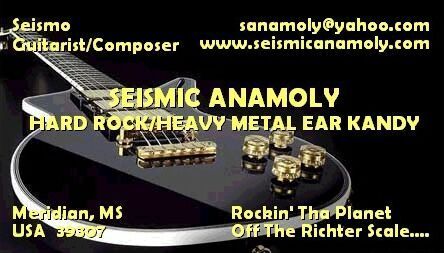 Seismo strives to capture and reflect the styles of Nugent and Montrose in his compositions, who were/are his primary influences. Seismo's tunes consist primarily of hard driving Power Metal/Rock with a little Acoustic thrown in. These were the sounds that he grew up with and came to love....he still loves it today.

He is proudly represented and promoted by Magnatune Records of Berkeley, CA, USA, and CD Unsigned of Worthing, England, United Kingdom.