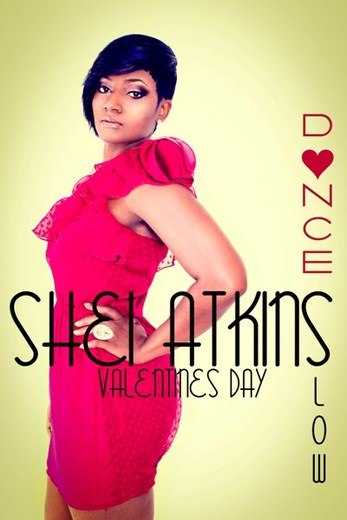 As the saying goes “They do everything big in Texas”, Houston’s own Shei Atkins certainly personifies that. As one of the industries newest sensations, Shei is blazing new trails. Determined to do music “her way” Atkins has developed a style that has been identified as “Inspirational”. But Shei’s story is not a fairy tale nor is it a nursery rhyme. This Texas native shares her pain, struggles, and triumphs by weaving a tapestry of truth and putting it to music. Shei pulls no punches and tells no lies which makes her music on life, love and relationships relevant to todays pop culture. Shei operates in transparency- being open and honest about life. “I felt that my music was meant to reach people deep inside their souls with songs that can relate to everyday life,” explains the multitalented singer.

After releasing three independent albums, and recently releasing her new book "Get a Man, Keep a Man", the twinkle behind Shei Atkins’ star certainly shows no signs of fading. Shei has worked in the recording studio with industry giant, Beyonce’ Knowles, and the likes of platinum-selling rap artists, Lil Flip, Paul Wall and Chamillionaire. She has also traveled the United States and abroad while sharing the spotlight with such notables as Mary J. Blige, Mary Mary, J. Moss, Kirk Franklin, Avant, Tonex, Fred Hammond, Tank, Mario, Lil Mama, B5, Trey Songs and even an international European tour with the Grammy Award-winning Kelly Rowland. While it soon became obvious that Shei Atkins was a worthwhile asset to all of these endeavors, the demand for her electrifying, yet warm presentation, became more and more in-demand and Shei even went on to be featured in one of America’s largest publications, VIBE Magazine.

“It’s not enough to just have talent,” Shei says. “I’m doing something different from what you and I currently hear on the radio. But I knew my beats and lyrics still had to come correct in order to reach the masses with the message of hope in everyday situations.”

Currently in the studio working on her new album 'Emotional', Shei's talent is undeniable. Her style is undefinable. To hear her is to feel her.