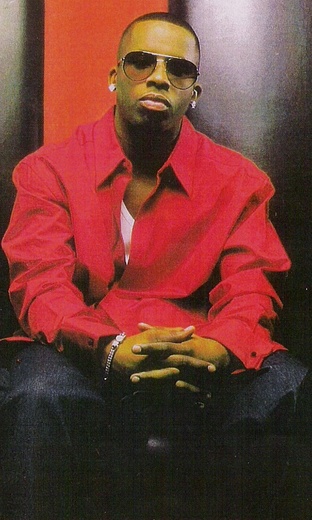 It is the flow of the soulful words, the emotions stemming from everynote, the passion that intensifies as the record plays. These ingredients, along with others, make R & B unlike any other genre of music. With hits like, “Balcony” and “Standing Ovation,” Kansas City based singer, Sonny Blaq is bringing these same flavors to the mix. To understand what Sonny will become, you only have to look at where he started. At the age of 17, Sonny was signed to one of the greatest R&B Songwriter/Producers of all time, R.Kelly. While with Kelly, Sonny lent his vocals to the chorus of the posthumous #1 hit record "Changes" by Tupac Shakur. Following a group disbandment, Sonny decided to start a new group. Shortly after moving to Atlanta,Ga, Sonny found himself in a new record deal with iconic record producer Jermaine Dupri. After Dupri left Virgin Records, the group was absolved by Virgin until its folding. Now a solo artist Sonny is ready to take the record industry by force. Many executives who have watched him perform believe that he possesses a formidable vocal ability and a seasoned beyond his years stage presence.
“I’m trying to evoke passion, emotion and vulnerability” Sonny states. “I’m putting soul, emotion, and passion on records, where you can visualize everything that I say; you know music that has a story behind it.” Sonny is no stranger to this, as he has bestowed his melodic and soulful voice on different projects, including the late, great 2Pac’s hit, “Changes.” Currently, working on his debut album, Sonny has teamed up with some of the industries heavy hitters, such as Adonis “AD” Shropshire and Bryan Michael Cox. AD and Cox have both written and produced Grammy award winning songs for artists such as Usher, Mary J. Blige and Mariah Carey. With a team like this and Sonny’s instinctive talent, he is bound for greatness. “It feels good when you can confidently say from management (Vida Nash) attorneys to the creative side of writing and production, you have it all. Not to mention my family that always supports me; it’s truly a blessing. It’s like having Kobe Bryant, Kevin Garnett, Chauncy Billups, LeBron James and Dwight Howard on the same team, with Phil Jackson as the head coach… You’re bound for greatness,” says Sonny. Sonny’s sound and his music is like no other, with illustrious lyrics, and gripping storylines, which is demonstrated in “Balcony”. “Balcony” provides a sensual fantasy where Sonny fulfills his lady’s every fantasy while taking her to new heights on the balcony. His music is made for the radio and stage as it provides visual imagery, the sense of touch, and immerses each listener into his world, with songs like “Standing Ovation,” “Dance For Me” and “Friend.” Sonny prides himself on being taught how to appreciate a woman, “it’s nothing like making a woman smile and giving her what she wants when she wants it, it’s the best feeling in the world for me,” says Sonny. “My style of singing evokes emotion and is very sensual, like ‘Standing Ovation’ it gives praises to my lady for manifesting her wildest desires onto me.” With a delivery similar to R. Kelly, but the smoothness of Marvin Gaye and Maxwell, Sonny’s music is sure to be everlasting and gratifying. “I’m willing to be me,” Sonny reveals. “A lot of men don’t want to say they’re vulnerable. That’s not me, I’m human.” Soulful ballad, “Messages” demonstrates his vulnerability as Sonny sings his heart out regretting his lack of attentiveness to his lady. All the things that make Sonny unique, his ability to be vulnerable, humbleness, appreciation for a woman, and love for music all stems from his musical family and love for God. Singing in church, “made me see how you can touch people.” Sonny recalls, “even if you had a bad day, if you hear the right song, it would make everything fade away.” Music, “kept me from losing my mind, that along with church and basketball.” When asked where he hopes to be in ten years, Sonny replied, “Ten years from now I want fans to be able to put on a Sonny Blaq record and still rock to it. I want to make that mark where I touch people mentally and emotionally, down to the depths of their very soul.”