Straight up, in your face ROCK 'N' ROLL

We're currently concentrating on original material to mix in with amped up versions of classic rockers.

Originally a power trio called "The Unbreakable Plastics", formed by Clive, Mike and Ryan. The band was later joined by supreme vocalists Mary and Annette, and more recently by the guitar guru we call Lance.
Late in the summer of 2011 the band changed their name to "Static Coda", relieving tensions over their identity and began rehearsing more seriously..........kinda.....

A basement somewhere in the town of Owls Head. 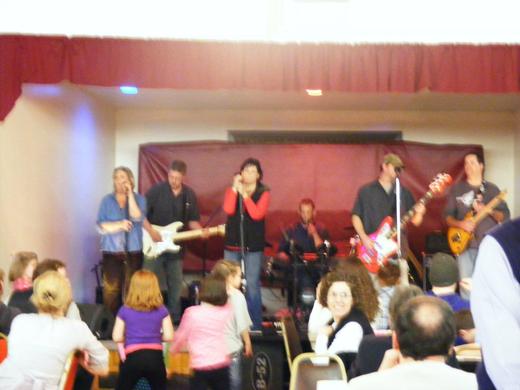