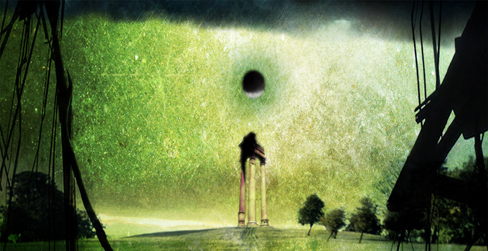 Portland, Oregon is home to a thriving, eclectic music scene, but few have managed to capture the raw intensity and visceral emotion manifested by the native Portland band Strangeletter. The groups' frequently enigmatic, occasionally dystopian brand of dark wave and progressive rock is a powerful blend of intricate, multi-textured arrangements, storied lyrics, and penetrating rhythms.

Strangeletter was founded by Steven James Bayless, a self described "obsessive perfectionist" and the projects driving creative force. As an avid producer and recording engineer, Bayless spent 5 years carving out Strangeletter's unique sound in his home studio, channeling his anxieties, dreams, and paranoiac tendencies for what would become Strangeletter's first full-length album.

Exploring the themes of a fractured, disintegrating world, the desire for new beginnings, madness, and the indelible tenacity of spirit ingrained in humanity's collective unconscious, Strangeletter's self-titled 2009 debut was met with widespread acclaim. Tracks such as “Here Comes A Chopper” and “Softly Creeping Sunbeams” have been featured in spots for cult hit television shows such as Firefly and Being Human, as well as in video games trailers for Playstation’s inFamous 2, and in IFC’s Portlandia.

As a live incarnation, Strangeletter continues to perform in and around the Northwest, elegantly morphing between the subtle and the monumental thanks in large part to the immense musical talents of Phillip Ferrier (drums), Paul Carrigg (bass), and Elina Niemelä (synth/pianos), with Bayless at the helm on lead vocals and guitar. The group strives to keep pushing the boundaries, both sonic and visual, of what modern alternative and electronic rock can achieve.