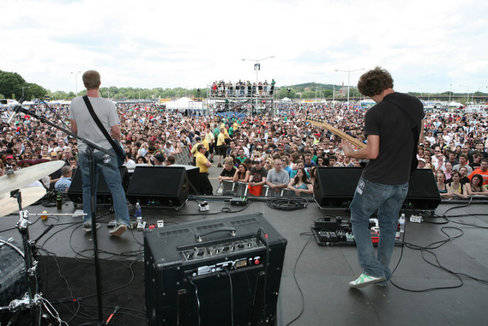 About Tears of Mars

Bio Tears of Mars, an inspiring upcoming band, has left an indelible mark on the airwaves and listeners of the Tri-state area. Raised in the suburban town of Joppa just on the outskirts of Baltimore, MD, They are blazing their way along the East Coast. The band consists of five brothers..

The powerful chemistry of their brotherhood is dynamically manifested at their live performances and needs to be personally experienced to be appreciated. Josiah has one of the most unique and undeniable vocal abilities heard today. Having been influenced by several bands from Europe, such as Radiohead, U2, and Muse. The Tears of Mars distinctive "Artistic Rock" style and burning passion to match, is what sets them apart from the norm
This passionate band has performed in many shows and concerts at some of the areas most notable venues. In addition, the band has opened for several national acts, e.g., Alice in Chains, Stone Temple Pilots, Switchfoot, Cage the Elephant, Flyleaf, Sean Lennon, Anberlin, just to name a few. The Tears of Mars fan base continues to grow exponentially with every new show and opportunity given
Notably, when Tears of Mars first formed, they released two 3-song demos that catapulted them onto the music scene. Additionally, they realeased a 7-song E.P. titled "A Place to Hide", which recieved many great reviews. "A Place to Hide" was recorded in Nashville, Tenn. with producer Joe West, who has worked with such notable artists as Jewell, Justin Timberlake, Emmy Lou Harris, Warren Zevon and Flyleaf. The song "This War" from the same EP received airplay by Baltimores own WIYY 98 Rock and Washingtons rock station DC 101. In 2008 they were chosen by Taxi and Billboard magazine as one of the "Northeast Heavy Hitters". In addition, their song "Waiting to Explode" was released on a National Compilation CD by Discmakers, which was distributed amongst major radio stations and rock magazines in th US
In 2009 Tears of Mars released their full length CD "Equity", which was recorded and produced by Josiah.Now in 2011 they released a double disc "The minor fall / The major lift" which is their greatest work yet. 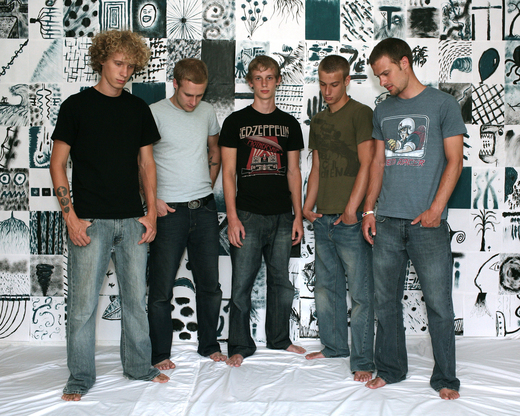