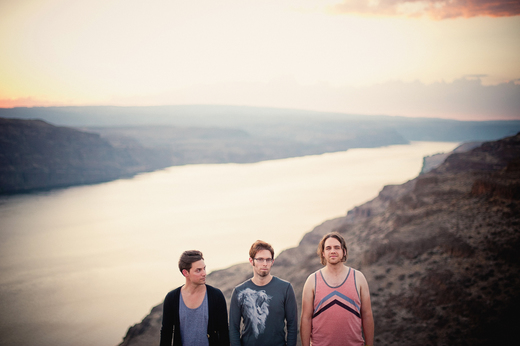 THE BGP is a story. It’s a brotherhood. And mostly, it’s a band. Until recently, the blue-eyed soul trio was known only to a regional hodgepodge of college students, audiophiles, and concert-goers in the Pacific Northwest. However, two performances on season 6 of “America’s Got Talent,” exposed the band to nearly 28 million television viewers, 100,000 YouTube views, and countless blog critiques across the nation.

Previously, the band ingratiated fans and local writers with the release of its first full length album (produced by Brian Fennell of Barcelona). The record, entitled "Love and Rent," chronicles the band's journey working middle-management style day jobs to support their families, while simultaneously touring and performing as much as possible. THE BGP frontman, B. Ghorley, describes the lyrics as "our attempt to find something romantic in our struggles."

Since THE BGP’s origin in 2003, the cornerstone of the band’s odyssey has evolved on the stage where 3-part harmonies, vintage instruments, and a fan-base that shouts and dances nearly as much as the band themselves, have become a hallmark of live performances. Stage jumps from the top of a Fender Rhodes, Jimi Hendrix-style guitar riffs, and an infusion of hip hop dance beats have drawn comparisons to The Script, and more recently Foster the People.

As Allison Rizk of Radio Potato puts it, "THE BGP has a reputation of electrifying live performances, packed houses, and often jumping onstage and performing with other local acts from Seattle’s tight-knit music community." Recent performances have included opening spots for break-out artists Fitz and the Tantrums, Allen Stone, and Ernie Halter, as well as a sellout headline spot at the Triple Door.