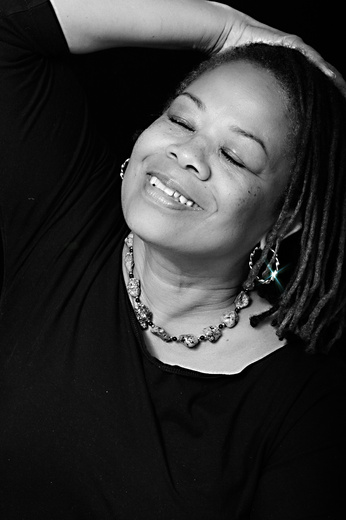 Ané Watts started loving music at a young age as there was always music playing, jazz, blues and ballads, mostly on the radio but also from old 78s that her father B. R. collected. He brought home a Dinah Washington record, who at that time was known as “The Queen of the Blues” and this became her favorite. The joy discovered in Dinah’s music led Ané to take this album to school for a 1st grade show and tell. That presentation was a bit of a puzzlement to the other kids, but it was a hit with the teachers and she was encouraged to learn to sing every song. From that point on Ané was “hooked” on the joy and release singing would bring her! She knew she would sing the rest of her life and from then on she continued to sing at special events and at churches.

However as Ané grew up in a family with powerhouse gospel voices, she grew more and more timid and shy as she thought her voice was no match to theirs. Even though she sang in the family gospel group, she always stayed in the back-ground only lending her voice to harmonies. Her mother and aunts would always tell her to just “open your mouth and sing out and quit being so shy”. As Ané grew older her shyness and lack of confident almost became debilitating to the point that she almost gave up singing altogether. However, in high school she discovered musical theatre and the jazz ensemble where she found her voice and confidence.

Recently Ané faced the most difficult time of her life when within 15 months she lost her brother, father, an aunt and her mother. As devastating as these losses were, she found comfort in the memory of her late brother, who was a master percussionist, telling her to “don’t wait any longer, just do it”! So she picked up the guitar, the one instrument that provided her with the soothing vibrations that would help heal her broken heart. As the flood gates of emotion opened, Ané was determined to keep expressing herself through her music and as a result she began writing and singing the blues. Encouraged by her best friend, mentor and husband Daniel to stay true to herself and weather life’s challenges, she sings what she loves, the blues!

From tragedy to triumph Anė has truly found her voice and is entertaining audi-ences all over California with her powerful vocals and energetic performances. She has truly used her life's experience to express herself through her original songs and she gratefully invites you to come along as she continues on her musical journey through The BluSoul Band.