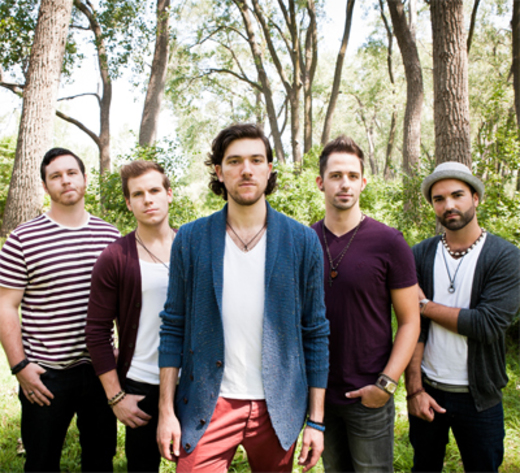 Toronto is filled with young talented musicians trying to make it big and gain recognition. Toronto’s own The Brilliance is well on their way. Influenced by bands like Keane, Coldplay, U2, The Killers and Queen, The Brilliance writes catchy pop/rock tunes to emotion-filled ballads that aim to please every listener.

“We describe our music as "emotion-filled". We feel that a song is just like a picture - a photograph - except we capture that part of our lives in an audio
recording. Our songs are inspired by anything and everything that has affected our lives significantly enough to be able to successfully capture and recreate at an enjoyable level.”

The Brilliance released their first EP “Love, Hope, Fear and Consequence”, a five-song list of the band's early recordings, in the Spring of 2010. This got the bands foot in the door and sparked their move to Toronto. Playing shows all over the GTA in the summer of 2010, their first show was at the legendary Horseshoe Tavern (Blue Rodeo, Billy Talent to name a few fellow Canadian bands who have played there) and the show went so well they ended up playing at the Tavern numerous times over the course of the year.

After a long-standing relationship between The Brilliance’s singer, Gary Stitt, and Linda Dawe (radio promoter), she saw the true passion and potential in The Brilliance. So much so, that she then introduced the band to many people within
the industry. This left the band music-industry star struck, with the want and need to make a career off of what they create. In September the boys released to radio their first single “My Town”, which received play all across Canada and the music video simultaneously generated online buzz. Two other singles that were released online are “One Step” and “Runnin' for the Hills”. The Brilliance made a
music video for “Running for the Hills” which came out in January of 2011.

Shortly after The Brilliance began to write and demo new material with the intent of creating their second physical release. During the recording, a member of the five-piece band, decided to step down to follow his heart and pursue his personal
life goals. The boys all remain on great terms and hope the best for each other.

The show must go on for the four remaining members who from that experience breaded the “All I've Ever Known” EP. This new EP has 5 songs and is full of energy and has brought out more of their rock influences.

In the hardworking style of The Brilliance, they have begun working on their next release. Keep an eye out for lots of upcoming shows all over Ontario during the summer of 2011 as well as new videos from The Brilliance.