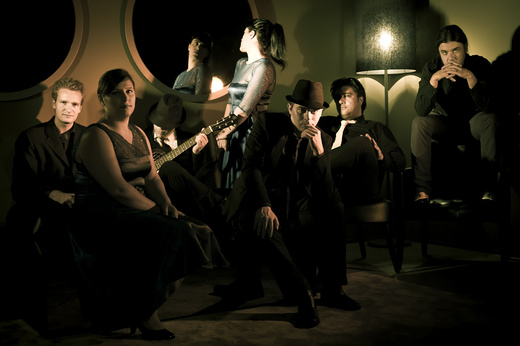 About The Gama GT Blues Project

Driven by one of the most respected and influential musical styles of all time, the Gama GT Blues Project recreate contemporary and original Portuguese songs with an intense taste of Blues. Following the release of the milestone "Blues à moda do Porto" in 2008, the Gama GT Blues Project launch their second originals album "Gasolina Blues ". This record reflects an important period in the life of the band, having recently welcomed new members. Recapturing the essence of the Blues, the Gama GT Blues Project introduce a concept inspired by a variety of themes and by their very own style of storytelling as seen in songs such as “4L”. From the melancholic "Só por prazer" to the powerful "Gasolina Blues" and "Trunfo na mão", “Gasolina Blues” is an energetic album that embodies the band’s artistic maturity and dynamism, having gained experience through extensive touring around the country. Luis Braga on vocals, Narciso Monteiro on guitar, Hugo Mesquita on bass, João Amado on drums and Daniel Costa on keys, along with Ana Batista and Marcela Freitas on backing vocals, form this new lineup with a strong personality. Targeting all audiences, the band’s ultimate goal to produce quality original Portuguese music is a promise to be kept and will not let you down.