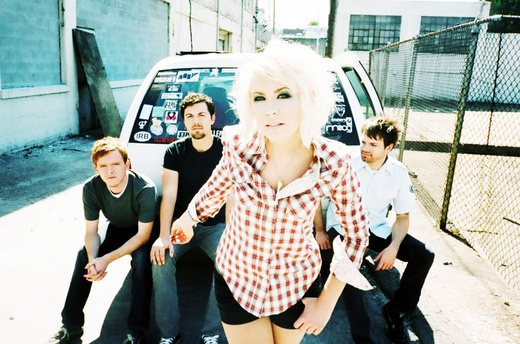 About The Nearly Deads

Sometimes unexpected things come from unexpected places. When you think of a hot bed for up and coming alternative rock bands, Nashville isn’t exactly what comes to mind; but in the case of The Nearly Deads, they’re making a trend of their own. Formed in early 2010, Nearly Deads founding members Steve Tobi (Guitar),Theresa Jeanne (Vocals/Keys), and Cory Walen (Drums) came together in Tampa. Quickly realizing their local market could only take them so far, they headed north and relocated to Nashville, TN.

Never satisfied with wasting time, the Deads immediately went to work writing and recording with producer Jon King (Throwing Gravity, Augustana, Darling Parade)
stamping out their very own brand of avant-guard hook laden rock and roll.
When the dust had settled, the newly minted Nearly Deads EP captured all the heartfelt emotion, classical color, and a brilliant energy comparable only to the likes of No Doubt and the Smashing Pumpkins. With the early 2011 addition of Nashville bassist Keith Lee, the band is ready to make their mark on music fans around the globe.

The bands debut EP “The Nearly Deads” is available on iTunes and at other fine digital music retailers.