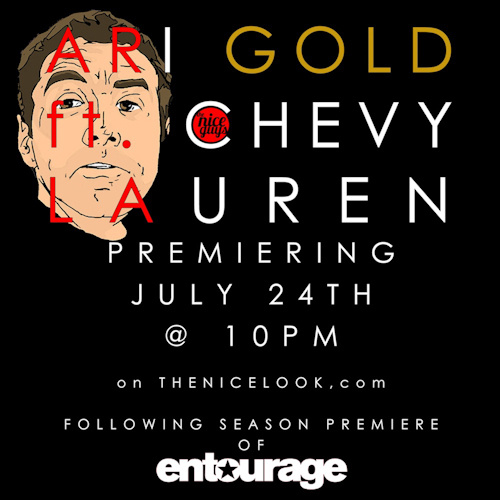 Sometimes, preconceived notions can be good; the comfort of expectations met is often a welcomed feeling. For the more adventurous among us, though, the best part of defined expectations and preconceived notions is having them broken, shattered even, in a good way. Enter: The Niceguys, a four-member Houston-based group with Southern roots and musical sensibilities that stretch far beyond the city’s limits. A self-contained unit, The Niceguys comprises MC (Yves ‘Easy Yves Saint’ Ozoude), DJ (Lucien ‘DJ Candlestick’ Barton) and producers (Todd ‘Christolph’ Louis and Winfrey ‘Free’ Oribhabor).

“I’m originally from Queens, New York, but I relocated to Houston when I was 18,” says Yves Saint. “I began attending the University of Houston in 2003, and spent the next two years moving back and forth between Texas and New York before I finally stayed in Houston for good.” Similarly, while Free, Candlestick, and Christolph now call Houston home -- the four met at the University of Houston -- each hails from different towns within the state, and each bring their own musical flair to the group.

“The first song that I memorized top to bottom was Nas’ ‘The Message,’” says Yves, who, along with the rest of The Niceguys, cite influence from such artists as J Dilla and MF DOOM in the same sentence as Houston legend Scarface and their hometown Screw music. “After hearing the way J Dilla and Pimp C flipped soul samples,” says Free, “it made me want to do it.”

Despite garnering their first national attention in late 2009, the origins of the group actually date two years prior, when Yves, DJ Candlestick, Christolph, and Free came together in 2007, releasing their inaugural project, a mixtape titled Niceguys Finish Last Vol 1, taking a little over two years to perfect their chemistry before releasing 2009’s The Green Room, a highly lauded seven-song free EP backed by 2DopeBoyz.com and Fatlace. An eclectic combination of soulful, boom bap-era beats backing Yves’ nimble rhymes, the EP -- with tracks including the playful street wear giant-ode “Supreme Team” and “Not At All”, with its the horny bravado supporting Yves’ witty lyrics and bouncing flow -- served as rock-solid precursor to the group’s forthcoming debut LP, The Show.

“Its a double entendre,” Yves says of the album’s title. “The Show as in we are entertainers and that's what people expect and pay for, but also, it’s a metaphor for life; regardless of all the crap that goes on within the music and outside of the music, the show must go on.” With tracks like the organ-heavy “Mr. Perfect,” Yves Saint’s nimble, double-time flow on “It’s Like That,” and the vintage sound and feel of “On This Road,” The Show is both a logical extension of the sound heard on The Green Room but also a step up and clear progression for the young group. “The sound of the album is big,” says Christolph, smiling. “A large percentage of the songs are high-energy and fast paced, like you’re at a live show. It’s like being at a concert right next to those 10-foot speakers: loud and in your face. But in a good way, of course.”

Humble yet full of bravado and confidence -- the group, also heavily into fashion with their own burgeoning Nice Look line, released their own line of panties for female fans -- The Niceguys know they have a sound that defies what listeners might expect, and they also know that sound is going to pay dividends in the long run. “In five years I want to have at least three successful albums, tour as much as possible all over the world, and be an established and well respected hip-hop group,” says Free. Now that sounds nice.