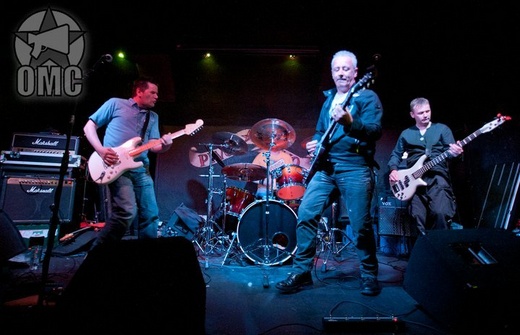 About The Other Side

The Other Side are:
Kirby - Vocals/Lead Guitar
Sned – Guitar
Pepe – Bass
Budgie – Drums

Described by Andy Gee, at The Sound, as Blues/Rock maestros with tasty songs and searing guitar, pretty much sums up The Other Side. This is true both live and in the studio.

After the success of their first album, Catch the Sun, in 2011, The Other Side released their second album in February 2012, Don’t Piss Down my Back (and Tell me It’s Raining), check out the album reviews. They have just released their third album, Can you see it Coming, which only serves to consolidated their sound, with more Blues/Rock, more guitar riffage and angry protest.

They have gigged from Cambridge to Aberdeen. Check out the live reviews to get a feel for their explosive live sets. No shoe gazing here.

The band are all from a small village in central Fife, Scotland, who got together in 2009. Having known each other since childhood it is surprising that this is the first time they have all played in the same band together. Within 3 months of forming they had written and recorded 8 songs, launched themselves on the internet and did their first gig in Edinburgh. Always seeking to improve from song to song it is hard to pigeon hole them. They can go from a two and a half minute Punk song to a fifteen minute epic at the drop of a hat. The lyrics can be angry and full of protest and politics one minute then to the sublime the next. There is no formula or specific sound what comes, comes.

All music is Recorded, Engineered and Produced by Kirby.