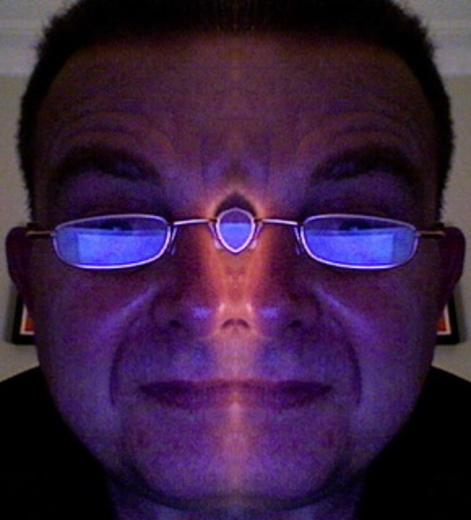 Born in Senegal West Africa of French parents, after returning to France migrated to Australia in 1969. Love affair with music started at age twelve, and lead me to take up the drums at age 14. Within a short time of taking up formal study, fell in love with jazz, fusion, ECM recording artist and traditional world music’s. Took a little time to get back to contemporary styles in the mainstream. Became big fan of blues, funk, R&B, rock, soul, reggae ECT. In early 80's took up tabla, fell in love with Kyal, north Indian classical music, and later with the Carnatic music of the south. Having also been moved to follow a spiritual journey since my teens, involved in all differing traditions of Sacred chant Buddhist, Hindu and Gregorian, as well as Vedic and mantric. Pursued my interest in world music also especially, Japanese, African, Indian and Chinese. Played in all sorts of bands in Australia since the late seventies, from experimental jazz, mainstream pop, rock and funk, world, fusion and reggae. Completed a bachelor of contemporary music in 2003, and then traveled the world for 4 years, mainly in Fiji the States and India. Studied under South Indian drumming Masters, Subash Chandran and Ganesh Kumar in 2006. Also became very much involved in the sacred tradition of Dhrupad (Tradition predating North Indian Classical) and other forms of Sacred chant. This world journey brought me home to the eastern coast of Australia, where an exploration of all genders of electronic music began, though I have since the early 80's been a big fan of Jon Hassell and Brian Eno. I am now more moved to concentrate on writing, teaching, composing and being an omline session drummer. Having moved back to Melbourne,in 2012 I have set up my pro home studio to do sessions, using the new TD30 Roland Vdrums kit as its basis, Roland Vdrums have been my primary instrument since I was one of the 6 finalist chosen in the Australasian Vdrums competition in 2011.  I am also compiling for publishing all the knowledge east and west and the synthesis there of, relative to drumming, in a series of books called "Know your subdivisions". These publications are the sum of my musical journey and consideration spanning the last 35 years. Coincident with this journey has been my spiritual adventure, therefore my orientation towards composition is one that engenders in the listener a connection to source, depth, love and the mystery that lives and breathes us all. You will dance to the beat of a different drum Guided by the voices of the ancient Ones…… Your path is clear, your journey bright Now play till dawn in the full moon light…..