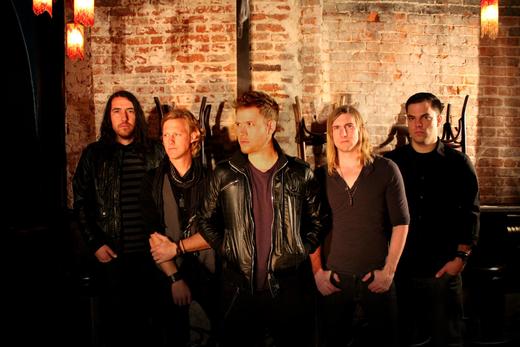 Harris Grade is a Southern California independent rock band best known for their energetic live shows and tireless work ethic. Although they are currently self-managed, the band has already made appearances on the Vans Warped Tour, SXSW, MTV Japan, and KROQ’s Locals Only .Their new EP, Sea In You, was produced by Erik Ron (I the Mighty, Panic! At The Disco, VersaEmerge) and was released as a free digital download in September, 2011. The album already received positive reviews from both fans and trusted industry sources like Music Connection Magazine.
In mid-2010, Harris Grade launched their first self-released full-length, Lipstick Politics, with a CD release show for a packed house at the Troubadour in Hollywood. The band released a music video for the title track that featured cameos from Max Green, of Escape the Fate, and Jewel Shepard, star of The Return of the Living Dead.
Harris Grade’s first studio EP, Hold on for Your Life, gained the attention of fans around the world and is currently distributed by Powerslave Records in Japan. Their music video for the album’s title track aired on MTV Japan and Space Shower TV in 2009.
Since the debut of Hold on for Your Life, Harris Grade continues to draw crowds with their explosive live performance style at Southern California venues such as the Troubadour, El Rey Theatre, The Key Club and House of Blues.
Guitarists Caleb Healey and Alex Von Hollen formed Harris Grade in 2006. Later that year the two began collaborating with vocalist Robyn August, who ultimately joined the band, followed by Jason Friday and drummer Greg Fulleman in 2008.