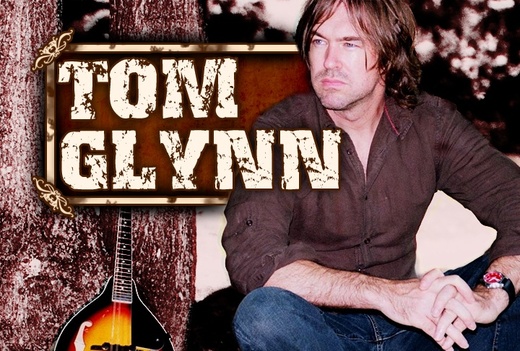 You probably don't know it, but you've almost certainly heard Tom Glynn's deep, resonant and melodic voice. You may even hear it several times a day.

Why? Because this talented singer-songwriter from Boston, when not composing beautiful, soulful songs on his baritone acoustic, is also the voice on the other end of the phone at Apple, United Airlines, Bank of America and CVS. Paying the bills as a voice actor has even led Tom to provide the voice on your Kindle.

But whether or not you recognize him, you haven't heard Tom like this before. On his first acoustic offering "Blue You'll Do", Tom displays a gift for songwriting and performing that has seen him hailed as a future star of the American folk and singer-songwriter scene.

He has already picked up an award from the first annual John Lennon Songwriting Contest and was nominated at the Boston Music Awards for Outstanding Songwriter. Not bad for starters! But then Tom has been making great music for two decades, whether solo or in one of the bands he's played in since high school.

And after finding success with his power pop trio Big Dig, he has turned his hand to the acoustic side of his art. One listen to the 12 perfectly-formed original slices of folk-pop perfection on this album, and you will begin to see why Tom has been getting such great press.

The use of the baritone acoustic - a hybrid of the guitar and bass - gives the record a uniquely beautiful, resonant sound. Add in the accomplished vocals and great, simple, heartfelt lyricism that Tom has honed over the years, and you'll find a record that could become an instant classic.

It's a record that will appeal to young and old alike, to those who love warm, complex melodies and those who appreciate the lyrical art of a songwriter "at the very top of his game," as Steve Morse of The Boston Globe describes him. Pure and simple, this is one for music lovers.

And as if to confirm that this musician is something out of the ordinary, he's even releasing it with a 'pay what you want' option on his website tomglynn.com. You cannot get much fairer than that!