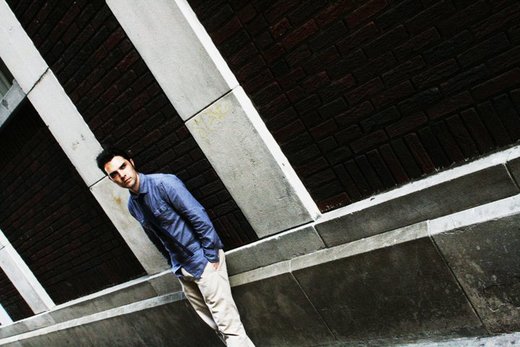 Tom Moore is indie acoustic folk rock from the banks of Lake Monroe. The beautiful melodies and charming lyrics of his debut EP, “It Took Five Years but Now We're Doing Fine” are bringing classic musical storytelling to the indie music scene and inspiring audiences across the nation.

Tom Moore was born in Warwickshire, England. His love for music began to develop at a young age as he grew up listening to the music of The Beatles, Paul Simon, and Gilbert O'Sullivan. Inspired by the folks songs his father performed from the likes of Ralph McTell and James Taylor, Tom started learning the guitar at age 14. Shortly thereafter, he formed the indie alternative rock band On the Soap Box in which Tom plays bass and is the lead singer. After high school, Tom continued his music education at Seminole State College in Sanford, FL. During his years at music school, Tom performed with the Steppin Out Jazz Combo, a quintet of student musicians that performed not only at the college but also at local area venues.

After receiving his degree in Jazz performance from Seminole State College, Tom continued to pursue his career in music with On the Soap Box and with his own solo indie acoustic project. November 2008 marked the release of On the Soap Box's debut album, “Songs for Your Mothers to Gossip About.” At this time also, Tom began teaching guitar and bass at the V Music Academy in Deltona, FL directed by Jazz trumpet player Frank Vardaros. Tom continued to hone his skills as a professional guitarist and develop his solo acoustic project leading up to the release of his debut solo EP, “It Took Five Years but Now We're Doing Fine” on June 12th, 2010. “It Took Five Years...”, a five song chronicle of his own love story with wife Meagan, features Tom's striking and passionate vocals. His honest songwriting and blend of rock, pop, folk, and even his jazz influences create a sound uniquely his own. Currently, Tom is gigging in support of his new EP.