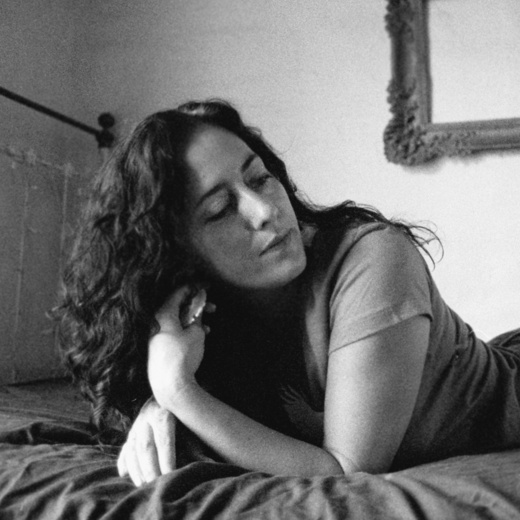 “Everyone wants something to believe in.” – Tracy Shedd

Multi-instrumentalist Tracy Shedd provides just that with her piano debut EP88, as seductive guitar melodies and string arrangements whirl around her silky, plush vocals. The grandeur of Tracy Shedd’s follow-up to Cigarettes & Smoke Machines (Teenbeat, 2008) proves she is only, as she sings in “How Your Eyes Affect Me,” “scratching the surface.”

While she was growing up in Jacksonville, FL, Shedd’s parents (her mother a Country Singer and her father a Fisherman) readied her music career with piano lessons at age six. Perhaps the world should have paid more attention to Shedd then, as she spun her own takes on classical arrangements by Bach and Beethoven. In 1990, her affair with the piano came to a sudden halt as her family grew apart, and Shedd was forced into a world of independence, youthful experimentation, and an innocent revolt that fueled her music to date.

Fast forward to 2007… KXCI 91.3FM, in Tucson, AZ, where Shedd had been living for the past year, was planning their Winter Solstice Radio Broadcast, an on-air show where artists perform their favorite Holiday jingles. Shedd was invited to perform, but hesitated since her self-taught guitar training did not enable her to learn such standards. Remembering the confidence she once possessed with reading music as a young pianist, Shedd ran to a local music store to acquire a new (old) instrument. That evening, as Shedd recaptured old lessons, she knew this romance would not escape her again.

EP88, Shedd’s first release written on piano, includes a supporting cast of standout Tucson musicians: husband James Tritten on guitar, and friends Becca Hummer on bass guitar, viola, and cello, Michael Hummer (Becca’s husband; PH8) on drums for “How Your Eyes Affect Me,” and Tasha Sabatino (Loveland, Lemon Drop Gang) on drums for “Husbands & Wives.” Stomp And Stammer felt Shedd’s “tales of the desire to fight through a strained relationship” on Cigarettes & Smoke Machines were autobiographical. If this was true, then Shedd has gained much wisdom and is now here for you, as she gloriously proclaims “tell me it all” on “City At Night,” “I’ll listen to all your ideas” on “How Your Eyes Affect Me,” and “If you ever need a friend, I’ll be the one that you can come running to” with “West Inn Love.” Shedd’s truthfulness with her lyrics has never been as forthcoming and prospective.

The packaging of EP88 is also a woven quilt of influence; from the cover art that is an accolade to Shedd’s own father, and was discovered in Shedd’s 95-year-old best friend Renee (Ree-Nee) Olson’s house; to the Bossa Nova-inspired design that is a tribute to Renee herself. EP88’s release on blue vinyl is in memory of Gerhardt “Jerry” Fuchs (Maserati, !!!, Moby, MSTRKRFT, The Juan Maclean), because it’s precisely the sort of format he would have suggested. The song “West Inn Love” itself is Shedd’s actual wedding gift for friends Tim & Becky Kelly of Jacksonville, FL, Shedd’s former hometown. Her music pulls from years of exposure to artists like Cocteau Twins, Rachael’s, Smog, This Mortal Coil, Trembling Blue Stars, and Red House Painters – anything via the 4AD and Sarah Records catalogs.

As Shedd professes in the closing track “Husbands & Wives,” “Every second counts.” EP88 undeniably coveys this, and Shedd’s choice to premiere her old talents with five astounding tracks demonstrates her “simplicity of style that leaves nothing behind.”

“Surrounded by guitar tones that vary from stark to stratospheric (depending on the mood), Shedd sings in a unprepossessing, hushed voice that recalls everyone from Mazzy Star and Lush to just about half of early-’90s Britain. But for all the comforting pangs of nostalgia bubbling to the surface, the energy and craft found in her road-ready songs keep Cigarettes & Smoke Machines firmly grounded in the present." – Magnet

“Her lyrics are simple, but touching and easily relatable, and her vocal melodies compliment the instrumentation brilliantly. Throughout the album, the guitars and vocals are having a dialogue. She brings something new to the table, though, and you can hear how much of herself she pours into this album.” – Have You Heard

“Tracy Shedd has surely been someone’s best kept secret! Upbeat, bittersweet and intimate lyrics coupled with a musical style quite human and bringing the right amount of balance needed to ensure there’s nothing pretentious about any of it. There is real grit and honesty within her songs that will endear her to you." – Subba-Culcha

“She has a simplicity of style that leaves nothing behind, and delivers overwhelmingly honest songs. Tracy’s vocals are now residing in my subconscious, have taken up residence and have also made me very embarrassed with the ability of making me sing her songs in overcrowded elevators.” – Indie Rock Reviews