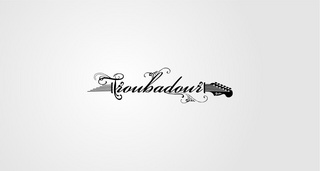 Although Troubadour hit the Spokane music scene only months ago, they have been in the making for quite some time. This group of musicians have been playing in Spokane with different bands their whole lives, starting when they were about nine and playing in acts such as Mylestone, The Elecrostatics, Until August Ends, Prom Band, and others. A powerful trio of leftovers from these bands came together (Curran, Riley, Michael) to form a cover band to earn extra money at the beginning of 2010. Perfectly timed was Michaels junior year at EWU, where he met Megen Wedel (a fellow music major) and knew she had to be part of the equation. The quartet began playing shows right away, learning nearly a hundred songs spanning most genres - including original material. You can catch them at many places in Spokane, including Isabella's, Zola, Nyne, Rio (Newport), Empyrean, Mix and many more. Keep an eye out, they play three to four shows a week on average! (myspace.com/troubadourrock)
Now Troubadour has begun writing and recording original songs in their basement, and to say the least they can lay down a solid groove. Soon they plan to play more shows of strictly original material, opening for big acts coming through town and headlining at local venues. Troubadour stands out in the Spokane music scene as one of the most upbeat, 'Rock N' Roll' and just plain fun bands to watch. The future looks bright for Troubadour as they do their best to bring the spirit of soulful Rock music to their hometown, and maybe someday, beyond it.
The band would like to thank Ourstage for the numerous opportunities to compete and get exposed to the musical world online! Thanks!