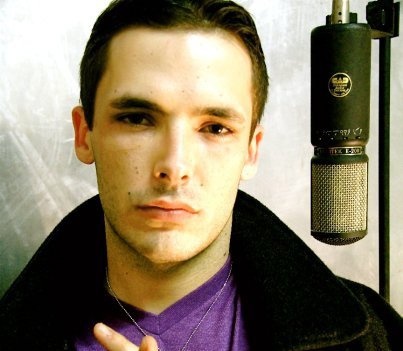 Meshing with pretty much anything having a melody, intellectually lyrical rhyme schemes patterned over top notch production Inspire and Motivate, moving minds as much as crowds.

Fresh off Sold-Out shows with Some of hip Hops legends Twompson P has shared the stage with many of his Idols, most recently KRS-ONE, THE GROUCH & ELIGH, SAN QUINN, TALIB KWELI, WU-TANG's GHOSTFACE, and CAPPADONNA ... He has big dreams for the future and invites you to live life as he does and EleVaTe ur MiNDsTaTe...

Since 13 music has been his way of life, having moved around from coast to coast as a youngster hip hop became the ideal platform to vent an otherwise traumatizing childhood...Introduced early on to the harsh realities of life.

In today's society where drugs and violence are destroying the youth and sexual exploitation is a growing epidemic, the need for a more positive progression is evident. Hip-Hop's current state has left a negative impact on the culture at large and is making it increasingly difficult for individuals to find THEMSELVES amongst a mirage of so- called mentors and role models...

" Ive seen Death, been around guns, drugs, prostitutes, strippers, pimps, thugs, ex-cons, Mercinaries, robbers, crooked Cops, been kidnapped, witnessed domestic violence, homicides....but all these life experiences have rounded my character, strengthened my perspectives my outlook on life...Its extreamly unfortunate tha life some are thrown into....but benifical to those in a position to make a difference....my music portrays life as it happens and gives insite on the lessons to be learned from life,no need to glorify the negetivity................." -TWOMPSONP

Dedicated to the art of mental enhancement through Perspectiveful wisdom, his main objective is to increase the longevity of tomorrow with an agenda of broadening the mentality and thought structure of our future leaders today.

Committed to providing the masses with an alternate way of thinking, one that is more influenced by the truth as it is found to be through the trials and tribulations of life experiences, rather than those force fed to us like bottom feeders of a dying trend. Through his music listeners are brought to a state of self awareness and actualization, defogging the hazy lens of reality most are content looking through, or living through vicariously.

Consumed by the hyphy movement and crunk music, there are few artists attempting to address these socio-political issues. Providing the ideal platform to reach a wide variety of listeners, from rock and jazz to reggae and hip-hop, listeners will have something more in common than a love for music, but a common thirst for knowledge and conventional wisdom.