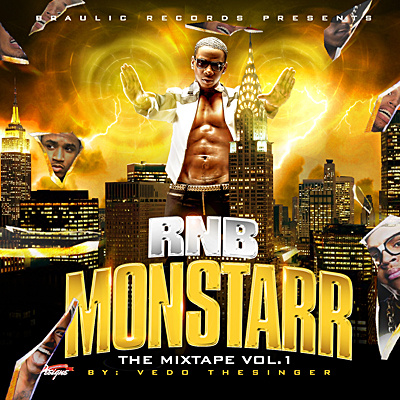 About Vedo The Singer

Who is this Vedo TheSinger you keep hearing about?... He is an 18yo entertainer living in Atlanta,GA Performing for hundreds and thousands every week blowing away his audience with an explosive vocal and dance performance. He has the singing ability to rival seasoned veterans and cutting edge dance moves that have teenagers everywhere trying to catch up and follow.

Vedo has been singing since the age of 9 when his mother discovered his talent.  At age 16 he was signed to indie label Braulic Records where he began extinsive development under his manager.  His tone, range, and pitch control wows even the best vocalists. He has recently debuted his single "Traffic Jam" to critical acclaim which has propelled him out to the forefront with the song's pop edge. "What about that video?" You ask. Well that is a pop culture work of art put together by his manager/ label owner Torry Hull. It gives a small glimpse of the movement and production that goes into his live performances, that is missing in most new artist today.

With his extensive artist development as well as shear God given talent, and love for the art of entertaining. Vedo is already on track to be one of the RnB Pop sensations that will have the longevity to be here for generations.