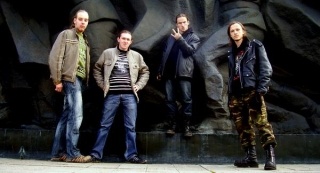 Wandersword is a melodic death/melodic black metal band from Inza, Russia. Formed in 2006 the band has released in 2007 a demo-record and in 2008 recorded his first EP. The band gets their influences from many bands such as: Children Of Bodom, Ensiferum, In Flames, Insomnium, Old Man's Child, Norther ...
Nowadays the band is composing new material in views to record their first album sooner.