“It is a powerful thing when music can take you out of your current mindset and completely transport you to another time or place; Wes Kirkpatrick’s music does just that. It’s moody, it’s dense, it’s powerful and it’s smooth as hell. If you haven’t hopped on the Wes Kirkpatrick train yet, you should do so immediately”.
–TypeInStereo

Following the successful release of his debut solo album, Wes spent a good amount of time on the road touring with bands such as The Milk Carton Kids, The Wood Brothers, Martin Sexton, Ben Taylor and Sean Hayes.

That time on the road inspired many songs for his sophomore album. “I like to write in hotels, planes, trains etc.” explained Kirkpatrick. “I travel by train as much as I can. I love the atmosphere on trains. It’s laid back and friendly during the day, and at night it makes you feel like you’ve gone back in time. In a sleeper car at 2am, sipping whiskey, listening to the train whistle and watching the world roll by, that’s when I would write”. With new songs piling up, Wes reached out to his fans to help fund the record, and they came through, exceeding the goal with time to spare.

The uneasy feeling of loss or heartache haunts songs such as “Too Late”, “Don’t Let Me Down” and “Sad Eyes”. “There Are Days” carries a chorus that you won’t forget. The production features acoustic guitar, keys, percussion and a lot of harmonies leaving clean lines for Kirkpatrick to get from point to point.

Musically, Wes both polished and expanded his approach making this self-titled album a successful leap for a songwriter that already started his career with a promising debut. 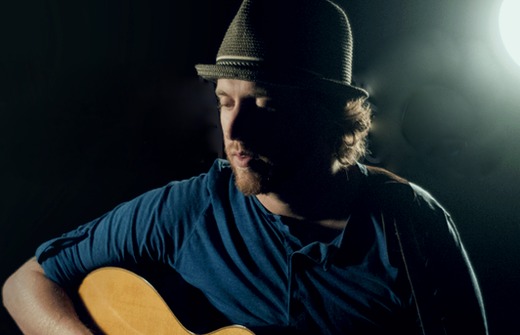