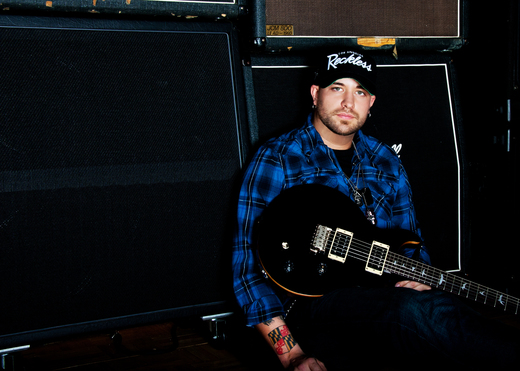 Grow headed into the studio in late 2007 to record his debut album with producer Ron Vento [Wakefield, Good Charlotte, and Genuine]. That album, “Ignition,” was the catalyst to several very successful and well received releases.

After the independent success of his second release, a live album entitled “Live at Goose Creek”, Sam returned to Nightsky Studios with Vento to record a series of songs that would later become the “Rainy Day in Paradise” and “Stay The Night” EP’s. These highly anticipated recordings continue to highlight the strength and range in Sam’s voice, complimented with his heartfelt lyrics. Most recently, Grow released the singles “Lay You Down”, “Let’s Make Love”, “Shot Of Crown” and “Get Up” which reached #13 and #7 #6 and #5 respectively on the iTunes Singer/Songwriter chart. These singles culminated with the release of his latest album, “Reveal” which hit #11 on the Singer/Songwriter chart.

Grow has toured the U.S., having performed with Jeff Scott Soto [Journey], Josh Kelley, Sister Hazel, Kanye West, Tony Lucca, Keaton Simons, Ingram Hill and a number of the industries most well respected singer/songwriters, and continues to perform regularly with a schedule that consists of 250+ shows a year.