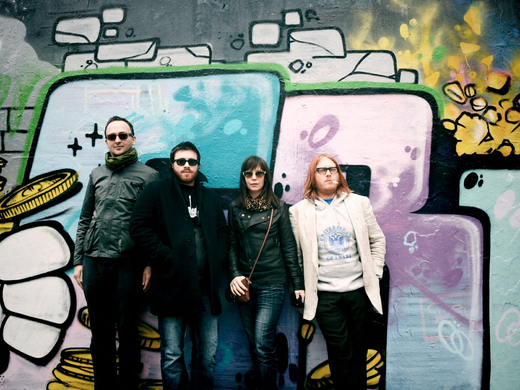 Wiretree, an indie-pop rock outfit from Austin, Texas, will release its second full-length, Luck, on October 20th, 2009. Fronted by Kevin Peroni, the quartet also includes Joshua Kaplan, Rachel Peroni and Daniel Blanchard. Hot on the heels of its debut, a self-titled EP released in 2005 under their own independent label, Cobaltworks Music, Wiretree released its first LP, Bouldin, in early 2007. Now back with Luck, Wiretree’s strongest effort to date, the group draws influence from Britpop and musicians such as George Harrison, Elliott Smith and the La’s to create a melancholic yet irresistibly catchy gem of an album..

Selected recently as Blurt Magazine’s “Best Kept Secret” in mid 2009, Fred Mills wrote: “Echoes can be heard of everything from vintage ‘60s pop-sike and Velvet Underground-esque choogle to paisley underground-tinted ‘80s stylings and latterday indie rock with a distinctive anthemic edge. There’s an urgency afoot in the Wiretree music, and a naked honesty as well.”

Peroni wrote the songs that would make up _Luck _while performing with his project’s newly assembled live band, resulting in more active and energized songs. Overall the album reflects an anthemic feel and is taylored for the live audience. Three of the nine songs were produced by Lars Göransson (The Cardigans, What Made Milwaukee Famous) while Peroni stamped his production style on the remaining songs. Between the two styles, you’ll hear the soft melancholy sound Kevin is known for, as well as the sharp-as-a-knife edge marking Göransson’s efforts. In all, there should be a wide dose of styles to accompany most tastes.

Deli Magazine recently wrote of Wiretree, “Whether it is just an attitude change between the two albums or something else, ‘Tree had me rocking along with them a lot more than their peaceful first-album fare. Impressively dominating the stage given the size of the band. Wiretree showed that their new sound was a definite razor-sharpening of their early, butter-knife edge.”