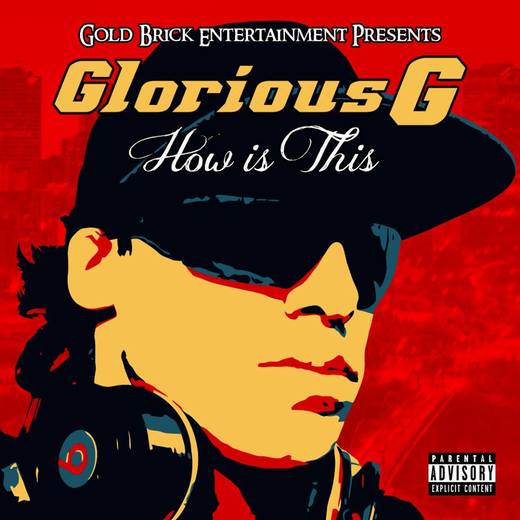 With a small Unsigned Limited Partnership Music Group By the Name of Gold Brick Entertainment,

Or Gold Brick Records. Before the Release of his Upcoming Solo Album, "How Is This"

With Follow Up's Soon too Come Such As, "One Thing We Can All Agree On", and "Goind In Blind".

Glorious Has Been Developing his Music Career Ever Since he was a Child,

He started experimenting with music as a teenager and, not long after
and Is Consider to be Unique and have a Huge Impact In the Rap Genera.

He Was raised in Lamont, A Small Farming Community Nearly a Hour to the Closest City,

In turbulent and Complex Living Situations.

Glorious Started Rapping when he was 17 Years Old, Then When 20, Got to Meet His Big Brother,

Jay Northside, CEO Of North Side Clan Entertainment, Has Giving Him lot's of Inspiration,

To Continue to grow his Commercial Career.

Glorious Latest Radio hit Single "Everything You Want" has Been Taking Music Charts by Storm!

mikcheck.com Was the First Local Talent Sites to have the Opportunity to Help him get his story herd!

Michael Kin, CEO Of Mikcheck.com took the chance to make A 2 Part Exclusive Interview to pass along to his Listeners.

Gary JR Never Knew his Dad, Named after his Father that had Passed When He Was Just a Infant, As Result was Raised By His Mother Theresa Marie Campbell.

She Was Never Home Alot, But Was Home Often Enough to See that He was Feed, and the Bill's Were Cought Up, Even when they never got to spend a lot of Quality time together

As Most Family's Do, His Mother was a hard Working Camp Chef and Does a lot of Town work for Month's Or Even longer at a time.

This lifestyle left a large impact on his personality. He had Phew close friends, kept almost entirely to himself and was treated like an outcast at his Local school.

Glorious Attended Next Step assisted learning and additional schooling to students who need the Extra Attention, Failed His grade 12, But then Returned for his GED.

Despite being a poor student, Glorious always had a deep affinity for language Arts, Social Studies and even studying the dictionary.

Glorious found His way to express A passion for language, as well as to release his youthful anger, through the emerging musical genre of Rap Music.

Gary assumed the stage name Glorious G, a playful reference to his Performance Name and Real name, which he later began writing phonetically as just "Glorious."

This period in Glorious's life, He was Used to working odd jobs to make ends meet while participating in rap Performances and desperately attempting to land a record contract with Warner Brother Studios.

Known to be fond of smoking marijuana, Glorious has found himself in trouble with the law a Couple Times, But has Never Been to Jail On any Serious Charges.

In addition to his solo career, Gold Brick Entertainment LP Was Originally Designed as A Indie Label, But as Years Went by Glorious Realised He needed To get the Word out, and Expand Globally Instead of Just Locally,

Which Has shown to take a Huge toll Not On Him, But the Other artists Signed to the Limited Partnership Label.

Glorious Is Also His Own Promoter and Manager, and Uses a Hand Full of other Strategic Websites to his Disposable, His Other Artists that are Currently Signed to Gold Brick Entertainment,

Are, Local Artist: GSMG Aka Nicholas Christopher Schutte From San Diego, California Has Stuck With Glorious Since Day One Of His Career When they Dropped there First Official Single: "We Ain't Holding Back"

Then Helped Master his First Radio Hit: "Getting Higher", Since then, They Have become a Powerful Team with a Mixtape On the way By the name of "Big Wheels And Bad Bitchs" With a New hit By the Name Of "Drive By"

Gold Brick Entertainment Latest Artist Is Yenom57 AKA Edmond, From Kenosha, Wisconsin, Came into the GBE Scene Just in the Summer of 2012. There latest track "Gold Brick's Everywhere" Has Really taken a Toll

Glorious Has Plans to Open up his Own T.V/Satellite Game Show by the name of "Can You Guess it?", and Has plan's on working on his own On-line Radio Station By The name of "Spin It Up" where Local or International,

Artists can Distribute, Sell, and Release Press Release Information for Artists/Mangers Looking to get there music to new Listeners and Fan's that they Could Not before, With a Membership System Soon to Come in the 2014.

With these just on the side of a Line of things to Come from the Young entrepreneur, Glorious is a Loyal hard Working Individual with Family Always in Mind.

Among Other things He Find's Him self Spending Most of his Time, Working on Music, and Developing Way's to Reach Out and Get his Music Herd By Everyone, With out the help Of a Major Label,

With Next To $0, Glorious Currently Records out of a Costume Built Studio That he has been working on Since July 2012, His Mixer is a Yamaha Z100, Witch is as Old as him, and a 12$ Karaoke Microphone from a Dollar Store,

His Next Step Is to upgrade his Equipment Or Find a Dedicated Studio willing to take him on For a chance to help Develop His Career to Blow Up.

Glorious Still Currently Lives In Edmonton Alberta and Still Continues to grow his Commercial Campaign to Ten's Of Thousands of people World Wide.