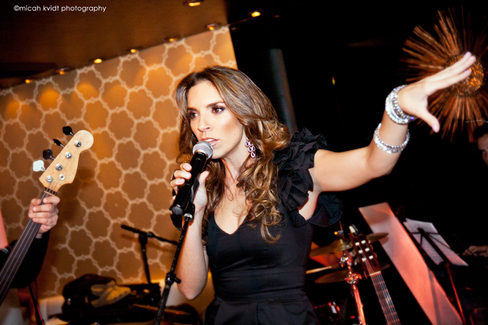 ...Several years ago when singer/songwriter Ria was a student at the prestigious Berklee College of Music, she had a chance to perform for Melissa Etheridge at Matthews Arena in Boston at an event where the famed singer earned her doctorate from the school. Running into Ria after Ria had done her number, Etheridge exclaimed “You rocked my world!” With the release of Ria’s self titled independent debut, it’s our turn to be rocked—but, musically, but the Colombian born, Miami raised performer is doing a lot more than just rocking. Her multi-faceted collection includes tracks that range from soft pop to what she calls “R&B pop with an attitude and bluesy melodies,” dance pop and, drawing on her own cultural influences and her Miami background, Latin pop. Etheridge isn’t the only major Grammy winning artist to find herself enthralled with Ria’s powerhouse voice and onstage charm. While still at Berklee, Ria opened a show in New Haven, Connecticut for jazz vocalist Dee Dee Bridgewater, and later sang background and lead vocals in a show by salsa great Ruben Blades. Ria’s intimate, inspirational ballad “Change”—which she wrote after recording the initial tracks for her album—got a lot of buzz in South Florida during the 2008 election cycle, and she was invited to perform it at a kickoff event for Hispanics for Obama in Miami, an LGBT private fundraiser, an event for Congressional candidate Annette Taddeo and various regional Latin TV shows. It was also played on Air America. Ria has performed live at numerous venues throughout South Florida including the Miami Botanical Gardens, Commodore Plaza at Coconut Grove, the Hard Rock Café in Bayside, Klutch & Passions Nightclub, Florida Marlin’s Sunlife Stadium and the Gulfstream Casino. Her latest and most renowned performance took place at the Cruzan amphitheatre in West Palm Beach as she was selected to open for grammy winning artist and songwriter John Mayer on his last stop of The Battle Studies summer tour 2010.

“Alright,” the infectious, laid back first single from Ria’s album about overcoming loss, is currently on the list of Top 20 songs being considered for performance on the 2010 Lilith Fair tour. The song has already hit the airwaves and has become very popular online, where Ria’s fan base is growing in the U.S., South America, The Caribbean, Europe and Asia. One of the few songs she has written starting on the piano, Ria wrote most of the song with a different chorus for a class assignment at Berklee—and she fleshed it out with the help of her songwriting teacher. Ria likes to mention two other tracks that offer a glimpse into the project’s exciting diversity. She wrote the Latin flavored pop tune “Queens of the Night” poolside, thinking about women just wanting to get out, have fun, and have a night to themselves. “Club Zombie” is a cleverly titled dance track featuring Ria’s soulful, Sade-ish vocal that was inspired by the “male predators” that make it their mission to sweep women off their feet; Ria winks at them as if to say, we’re wise to your game, we’re just playing along. “I’m really excited about the album finally coming out and the opportunity to play more live shows in different venues and cities,” says Ria. “It’s great to be able to show people who I am and what I am about. As an artist, my value is based on my ability to connect to the audience, to make people feel what I am singing. If you’re making that emotional connection, you can transcend concerns about perfect technique and more importantly, create something everlasting between yourself and the fans.”

Ria continues writing and performing both in English & Spanish, including Colombian styles like vallenato & cumbia among other latin rhythms to be fused with her contemporary style favs- pop/rock, jazz & blues. This Colombo-Americana is surely paving her independent "sendero" into our new world of music. 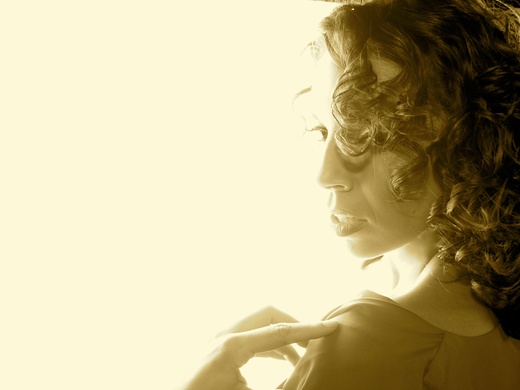