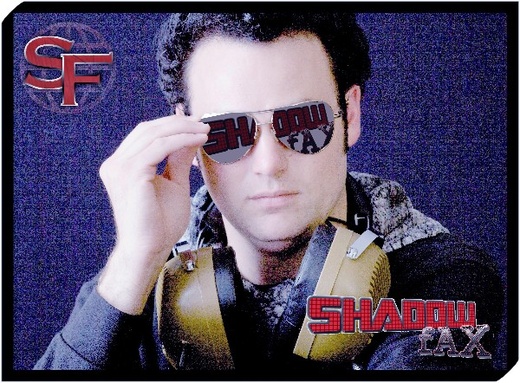 Many traditional “DJs” have found trouble finding their niche in the post-house era. The sometimes painful sight of a one-man band with two turntables and a microphone has become so cliche as to beg for innovation in recent years. This is what makes Shadow Fax so refreshing to fans and critics like. Led by front man Jason Rivers, Shadow Fax is the product of the most technologically advanced electronic instruments, the latest in music software, analog synths, midi controllers, and many late nights mixing tracks in his home studio. The final product is a very contemporary blend of songs that has been described as electronic, down-tempo, and experimental. Often it blurs the lines between these and other genre.

All material performed and recorded by Shadow Fax is solely written and produced by Rivers. You will find no remixes, samples of 30 year old vinyls on the stage when Shadow Fax performs. Such originality is rare these days in the digital DJ scene. Although Rivers plays many instruments, it is the modern equipment and software that allows him to extract and blend sounds that can be found nowhere else. Rivers’ has a storied musical background, including being a founding member of the alt-rock outfit Transport, which enjoyed considerable success. However, Rivers felt there were more walls that needed to be razed. "I had to destroy main stream rock and roll in order to save myself... I simply got bored.” Luckily for us, Rivers has parlayed his boredom into infectious beats and magnetic songs that often send a welcome swell through your entire body.

Shadow Fax has consistently added to its loyal fan base from the start. Word quickly spread about live performances, which often includes sequenced digital visuals making for one great multi-media experience. Shadow Fax capitalized on this early success with the release of "Chemical Resort" (Released in 2008 under the Aurora.Eos label which was co-founded by Rivers in 2004). This promising 1st release has been received enthusiastically by critics and fans alike. Shadow Fax is currently juggling a heavy touring schedule in support of the recent release "Destroying Your Design" set to release 2012.