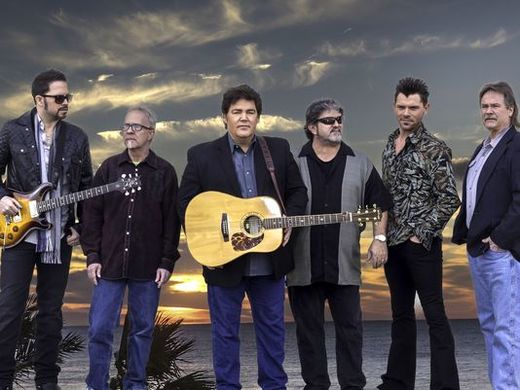 With a mutual respect for country music, bluegrass, Gospel, folk and the classic rock sounds of The Beatles, country group Shenandoah formed in 1984. Recently, Shenandoah have reunited with original lead singer Marty Raybon to tour and record new material. Catch Shenandoah on tour very soon in a city near you!

WHAT OTHER PEOPLE SAID ABOUT SHENANDOAH

"Even with an 'A' List new country artist on the bill there is nothing that will replace the experience of a seasoned band. Shenandoah hit the stage with a command not seen for any of the previous 7 days of the festival and held the audience in the palm of their hand. As a producer, it was a pleasure to work with a band that asked if their was any way they could help us instead of demanding one thing after another!

Personally, my favorite show in years."

" I wish everything in life could be as easy as it is to work with Shenandoah!! These guys went out of their way to help the Hannibal Jaycees pull off another very successful National Tom Sawyer Days. But the MUSIC is what had everyone clapping their hands and singing along to their favorite hits from Shenandoah. Awesome harmonies and jaw dropping guitar solos!! What more could you ask for from one of country music's all time greatest bands!!"

"Shenandoah put on one of the most entertaining shows we have ever seen. The crowd loved them and what a great group of guys to work with. We have had so many request to have them back and we will have them back!!!"