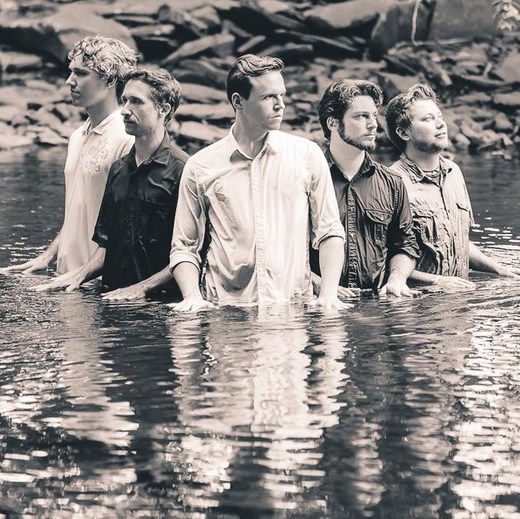 Stellar Young is based out of Albany, NY. Originally from the Hudson Valley area, these five guysironically, all with four-letter names have already shared the stage with the likes of We The Kings, Bret Michaels, San Cisco, The Features, Civil Twilight, Weerd Science, and The Front Bottoms. Property of Zack called Stellar Young “…engaging enough to garner mainstream indie rock fans attention and intricate enough to please music snobs.”

Curt Mulick became a drummer after a telltale twist of fate, when his first 4th grade clarinet test resulted in being handed a pair of sticks and a practice pad. Its okay, thoughthe only reason he wanted to play the clarinet in the first place is because a cute girl was playing it too. A few years later he met guitarist John Glenn (not the astronaut), who doubles as the bands vocalist. Originally from Austin, Texas, his roots gave him a well-rounded background of film, theater and music. Along the way the two guys crossed paths with another great guitar/vocalist, Erik Flora, whoearly onhad a similar musical fate as Curt. He was dying to be a saxophone player, but the instructor insisted his hands were too small and handed him a trumpet. Curt and John were already in a band with a bassist, but the triad joined forced with Erik in 2004 to form the band.

After their bassist left the band for a career in law enforcement, Curt asked his friend Kyle Hatch to fill the newly vacant spot. Kyle tried many different instruments from an early age: from piano, to trombone, to guitar. Along the way, he found he had a real knack for improvisation. The final piece to the puzzle was found with Dave Parker, who happened to catch an acoustic set by John, Erik and Kyle when he was new to Albany. Dave was able to take over the bass position full time, allowing an easy transition for Kyle to switch to guitar and John to focus on vocals. Daves touring experience with bands such as Coheed & Cambria and producing/performance credits with Weerd Science have since brought such a wealth of knowledge and insight to the group.

Albany is no stranger to Stellar Young, naming them Best New Band and Best Indie Rock Band in the Metroland  2012, 2013, and 2014 “Best of” and “Readers’ Poll” editions. The guys have secured regular rotation at many local stations (WEXT, WEQX, and WRPI) as well as other stations around the Northeast (WONY, WSUB-LP, and WFNP). Around the city, they have played 50+ shows and acoustic performances and have made strong connections with the local promoters. The band is currently expanding into the greater northeast in areas such as NYC, Montreal, the Hudson Valley, Oneonta, and Plattsburgh.

Between writing/recording a full length for 2014, releasing “Everything at Once”, successfully raising funds on Kickstarter for a mini shuttle bus, and touring; Stellar Young are hardworking DIYers that will continue to grow.