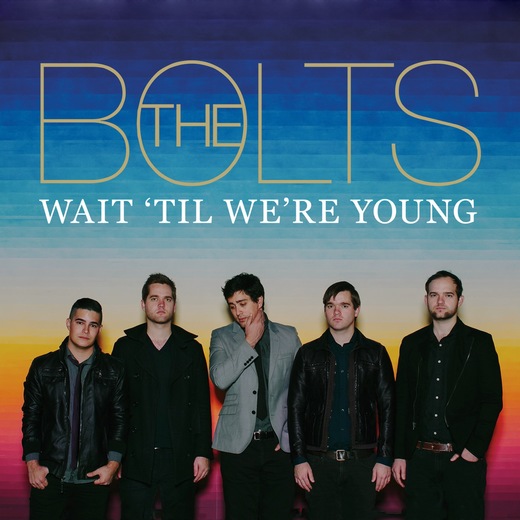 The Bolts are a modern rock band who walk the fine line between classic and contemporary with enough finesse to pique the interest of even the most jaded of hipsters. Fusing the best elements of Queen, The Beach Boys, Muse and The Killers, The Bolts have created a distinct and energetic, powerful pop-rock sound that earned them acclaim as "LA's hottest new band" according to LA Weekly.

The Bolts are from everywhere and nowhere at the same time. Only in the pop music suburban melting pot of Southern California could this be possible. The Bolts are the direct musical descendants of a long list of great bands such as The Eagles, Van Halen, RHCP, and No Doubt, which were spawned along the Interstate-5 Freeway from the San Fernando Valley to the OC-and they have learned their lessons well. "The OC has a scene for almost every musical genre, and we have fans from every one of them, explains guitarist/vocalist Heath Farmer. "I think rock music fans have been waiting for something new that doesn't require that they conform to a scene's standards; something organic and unrefined that says you can enjoy it whether you have a mop top or a mohawk. We are for them."

The Bolts showcase their stadium ready talents with nonchalance and confidence as if it were all by birthright. Well, that's pretty much true for siblings Addam, Heath, and Austin Farmer, who along with fellow Bolts Matt Champagne and Ryan Kilpatrick create a unique pop rock sound that pulsates with muscular musicianship, brilliant four-part harmonies, and multiple lead vocalists.

The Bolts manager / producer Guy Eckstine states, "I saw an urgency and rawness to their live performances that I wanted to capture on record, and I felt I needed to rough it up a bit in the studio to reflect that attitude. The results are impressive on their debut."