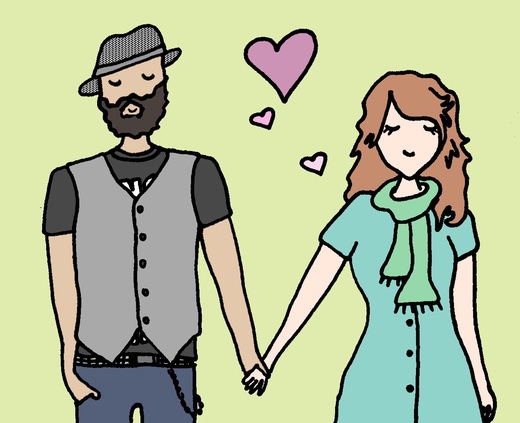 The Castros has become a staple in its growing Columbus music scene, where they got selected to represent the city with a song for its Bicentennial and were named Best Local Band 2013 by (614) Magazine. Their biggest show yet was at the legendary Newport Music Hall, where hundreds of people danced, clapped and sang along to their songs

Marco is from Costa Rica and has been influenced by a lot of musical diversity that ranges from the sounds of heavy music to Latin rhythms; Sara grew up in Newark, OH listening to classic rock and folk music. It's no wonder where their need of experimentation comes from, and how this collapse of influences and cultural conversation makes them want to push envelopes and thrive to be unique. They even have some songs in Spanglish

They try to craft their songs in such a way so that they can have greater depth and a meaning, and may ultimately help unveil the heart and open it up to the infinite possibilities of pure agape LOVE

That's in essence what The Castros are: a musical treat for the heart.