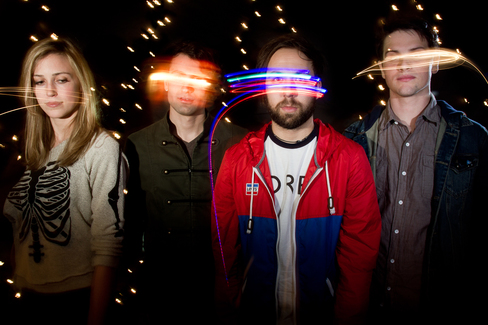 About The Field Effect

With a shared respect for well-crafted songs, The Field Effect packs a collective punch; spiked with introspective lyrics, infectious melodies, and ferocious rhythms. An antidote to the seemingly endless movement of aloof, lo-fi indie music, The Field Effect reclaims the genre with their passion for lyrical honesty, musical ability, and a fearless plight to make music for “the many” and not just “the few.” Since forming in 2011, The Field Effect has received rave reviews, for both their energetic live show and for their debut studio release

“A cool new band mixing elements of indie rock and shoegazer effects to create a powerful melodic buzz that’s all their own!” - International Pop Overthro

“There was great momentum to their performance... and seemed to win the audience over in a big way” - Allston Puddin

“The album had a pull that kept me humming the hooks all day long... the album is fun, energetic, and heartfelt...” - The Deli Mag